I’m usually not one to resort to puns in my blog titles, but I couldn’t resist. Git it? Git it? Sorry.

Ever since we introduced PowerShell into NuGet, I’ve become a big fan. I think it’s great, yet I’ve heard from so many other developers that they have no time to try it out. That it’s “on their list” and they really want to learn it, but they just don’t have the time.

But here’s the dirty little secret about PowerShell. This might get me banned from the PowerShell junkie secret meet-ups (complete with secret handshake) for leaking it, but here it is anyways. You don’t have to learn PowerShell to get started with it and benefit from it!

Seriously. If you use a command line today, and switch to PowerShell instead, pretty much everything you do day to day still works without changing much of your workflow. There might be the occasional hiccup here and there, but not a whole lot. And over time, as you use it more, you can slowly start accreting PowerShell knowledge and start to really enjoy its power. But on your time schedule.

UPDATE: Before you do any of this, make sure you have Git for Windows (msysgit) installed. Read my post about how to get this set up and configured.

There’s a tiny bit of one time setup you do need to remember to do:

Note: Some folks simply use Unrestricted for that instead of RemoteSigned. I tend to play it safe until shit breaks.So with that bit out of the way, let’s talk about the benefits.

If you do any work with Git on Windows, you owe it to yourself to check out Posh-Git. In fact, there’s also Posh-HG for mercurial users and even Posh-Svn for those so inclined.

Once you have Posh-Git loaded up, your PowerShell window lights up with extra information and features when you are in a directory with a git repository. 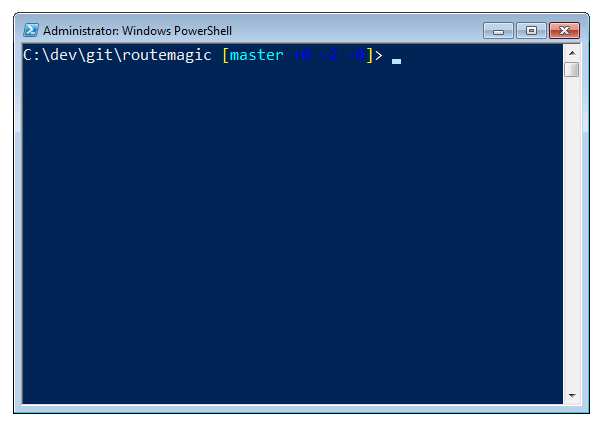 Notice that my PowerShell prompt includes the current branch name as well as information about the current status of my index. I have 2 files added to my index ready to be committed.

More importantly though, Posh-Git adds tab expansions for Git commands as well as your branches! The following animated GIF shows what happens when I hit the tab key multiple times to cycle through my available branches. That alone is just sublime.

You’re ready to dive into Posh-Git now, right? So how do you get it? Well, you could follow all those pesky directionson the GitHub site. But we’re software developers. We don’t follow no stinkin’ list of instructions. It’s time to AWW TOE  MATE!

And this is where a cool utility named PsGet comes along. There are several implementations of “PsGet” around, but the one I cover here is so dirt simple to use I cried the first time I used it.

To use posh-git, I only needed to run the following two commands:

Here’s a screenshot of my PowerShell window running the command. Once you run the commands, you’ll need to close and re-open the PowerShell console for the changes to take effect. 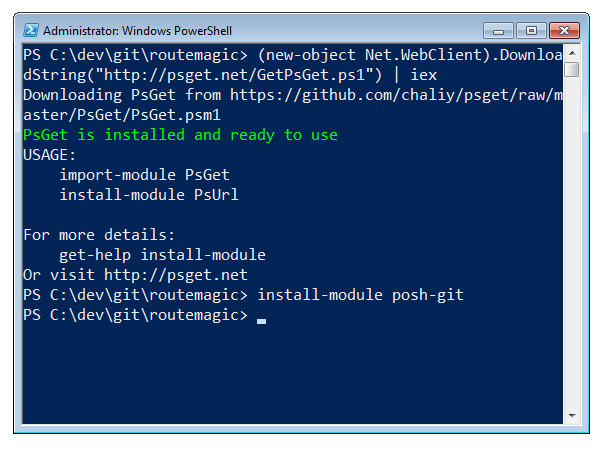 Both of these commands are pulled right from the PsGet homepage. That’s it! Took me no effort to do this, but suddenly using Git just got that much smoother for me.

Many thanks to Keith Dahlby for Posh-Git and Mike Chaliy for PsGet. Now go git it!