There are cases where recovery from an Entity Framework Core (EF Core) DbUpdateException is possible if you play your cards right. Play them wrong and the result is heartbreak and tears as every call to SaveChangesAsync rethrows the same exception.

The following story examines one example of heartache and tears. This story is based on actual events. Only the names, locations, and code have been changed to protect the guilty. All code samples have been simplified for brevity. 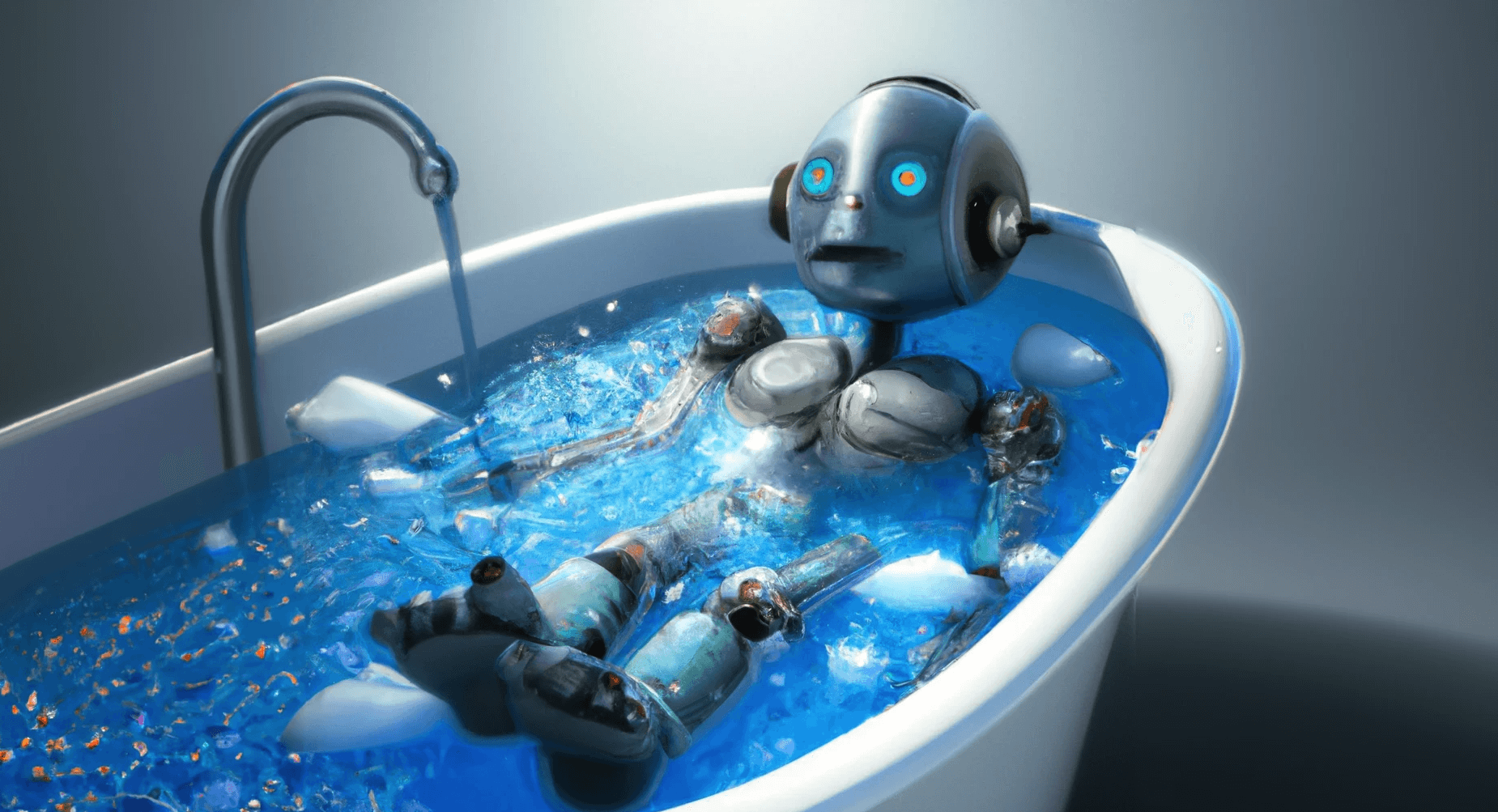 My company, A Serious Business, Inc. (the real name), has a product called Abbot (name is also real), a Slack app that helps customer success/support teams keep track of conversations within Slack and support more customers with less effort.

As a Slack App, it needs to ingest a lot of Slack events. At a high level, we have a Controller that receives Slack events over HTTP, saves a SlackEvent entity to the database, and then sends a message to a background service (Hangfire) to process the event.

A while ago, one of our developers, we’ll call him Bill Maack (any similarity to persons real or imagined is entirely “coincidental”), wrote code to run our bot pipeline on incoming Slack events. The code looks something like this (_db is an instance of AbbotContext, our DbContext derived class).

This code worked well enough for a long time, but we noticed that our logs would have the occasional uncaught DbUpdateException. More odd was it was thrown in the finally block at the line where _db.SaveChangesAsync() is called. The exception message indicated a unique constraint violation for a user record. This was confusing because we’re trying to save a SlackEvent which is totally unrelated to saving a user. So Phil…I mean Bill, immediately jumped into action. Our Application Insights logs indicated the exception was a result of the following SQL query:

The plot thickens! Why are there two queries? Well we need a little more background about our app to understand that.

Here’s our User entity, stripped down to its skivvies for brevity.

The OnModelCreating method of AbbotContext configures a unique constraint on the SlackId column of User:

At some point in our pipeline, we try to retrieve a user by their slack id, and if we don’t find one, we create a new one. The code looks something like this:

If you squint, you can see a race condition lying in wait to prey on the hapless developer in this code. After the code checks if the User exists, another thread could have created the User. So when we try to save the User, we get a DbUpdateException because the unique constraint is violated.

After testing it a bit, Bill called it a day. A job well done. How little did Silly Billy know. As it turns out, this was the source of the weird DbUpdateExceptions at the top of our callstack. Do you see the issue?

The problem is that when the DbUpdateException is thrown, the attempt to insert the new User record is still in the EF change tracker. So any subsequent calls to SaveChangesAsync will continue to try and save the User instance and throw the same exception.

The solution is to detach the User instance from the change tracker after the exception is thrown. We can do this in a generic way by detaching all the relevant entries reported by the exception like so:

However, in a rare flash of wisdom, Bill opted to be very specific in this case. It’s unlikely but possible that some other entity caused this exception. That would violate our expectations so we’d want this to throw in that case. Since we have a specific entity we’re trying to create, we should only detach that element.

Here’s that code in context.

And that solved the immediate problem. But we’re not done yet. There’s a problem with the exception handling. A unique constraint violation is not the only reason EF might throw a DbUpdateException. And what if it’s a violation for another table? Also, isn’t it a bit fragile that our top-level processing code could throw because the DbContext is in a weird state? Yes. Yes it is fragile.

Stay tuned for the further adventures of our intrepid developer, Bill Maack, as he continues to iterate on this code to make it more robust and tries to be less of a pain in the ass to his team.