Marc Andreessen wrote a recent cri de cœur to start building to solve the biggest problems we have. I believe the overall sentiment is a good one.

There are always outstanding people in even the most broken systems — we need to get all the talent we can on the biggest problems we have, and on building the answers to those problems.

I agree with this point. Let’s create a system where talented people have the means and incentive to solve our most pressing challenges.

I expect this essay to be the target of criticism.

Ya think?! Allow me to be one of those. But I will attempt to be fair. I know others will have more cynical readings of the post, and I’ll read those with popcorn, but I am going to assume good intent for the sake of argument.

Here’s a modest proposal to my critics. Instead of attacking my ideas of what to build, conceive your own! What do you think we should build? There’s an excellent chance I’ll agree with you.

This sort of diversionary tactic frustrates me. It’s a false dichotomy. It assumes the premise and asks you to debate the conclusions. I am all for having more people focus their talents on the biggest problems. But I think the premise on what’s holding people back today is faulty.

I don’t think the problem is desire. At least not at large. For sure there may be small powerful entrenched interests who want to hold these things back. But for many Americans, I believe the problem is prioritization. There are more important wants than flying cars and hyperloops. Things such as clean water, access to health care, access to education, and so on.

Not to mention all the roadblocks from past racist policies such as redlining that still affect people today.

It’s hard to desire flying cars when your basic needs aren’t being met. Imagine what could happen if we met these basic needs?

Many of us would like to pin the cause on one political party or another, on one government or another.

And we’d have good reason to want to do so. This is a classic Balance fallacy. Right now, in terms of response to the pandemic, both parties are not equivalent.

But the harsh reality is that it all failed — no Western country, or state, or city was prepared..

True, but it’s not all or nothing. Some countries were much better prepared than others. It doesn’t help when the current president guts the pandemic response team and continued to downplay the pandemic as it grew.

This is not about playing the blame game. It’s important because while we’d love to think we can just innovate our way out of the next pandemic, if our government doesn’t take responsibility and learn from its mistake, or if we don’t elect a better government, we’ll replay this again and again.

If we wait for a pandemic to appear, it will be too late to prepare

Obama warned about the need for bipartisan preparation for a pandemic in 2014.

I cite both of these presidents to note that I don’t think pandemic response should be a partisan issue. To hold our leaders accountable, no matter which party they’re in, is not partisan politics. We should do so!

Viruses give zero fucks about your partisan affiliation or your state boundaries. So when you look at solutions for future pandemics, it absolutely must involve looking at how politics influences our readiness.

This implies that the private sector automatically builds better of these elements. But better in which way? I’d push this argument to the private sector, prove that you can build schools and hospitals that are accessible to all. What’s the point of better hospitals if a large percentage of our population don’t have any access to healthcare?

The problem is regulatory capture.

Regulatory capture may be a problem in some areas, but this is picking lint off a shit covered shirt. It doesn’t address the deeper problems that prevent building. So let’s dig into that. What do we need to break first? 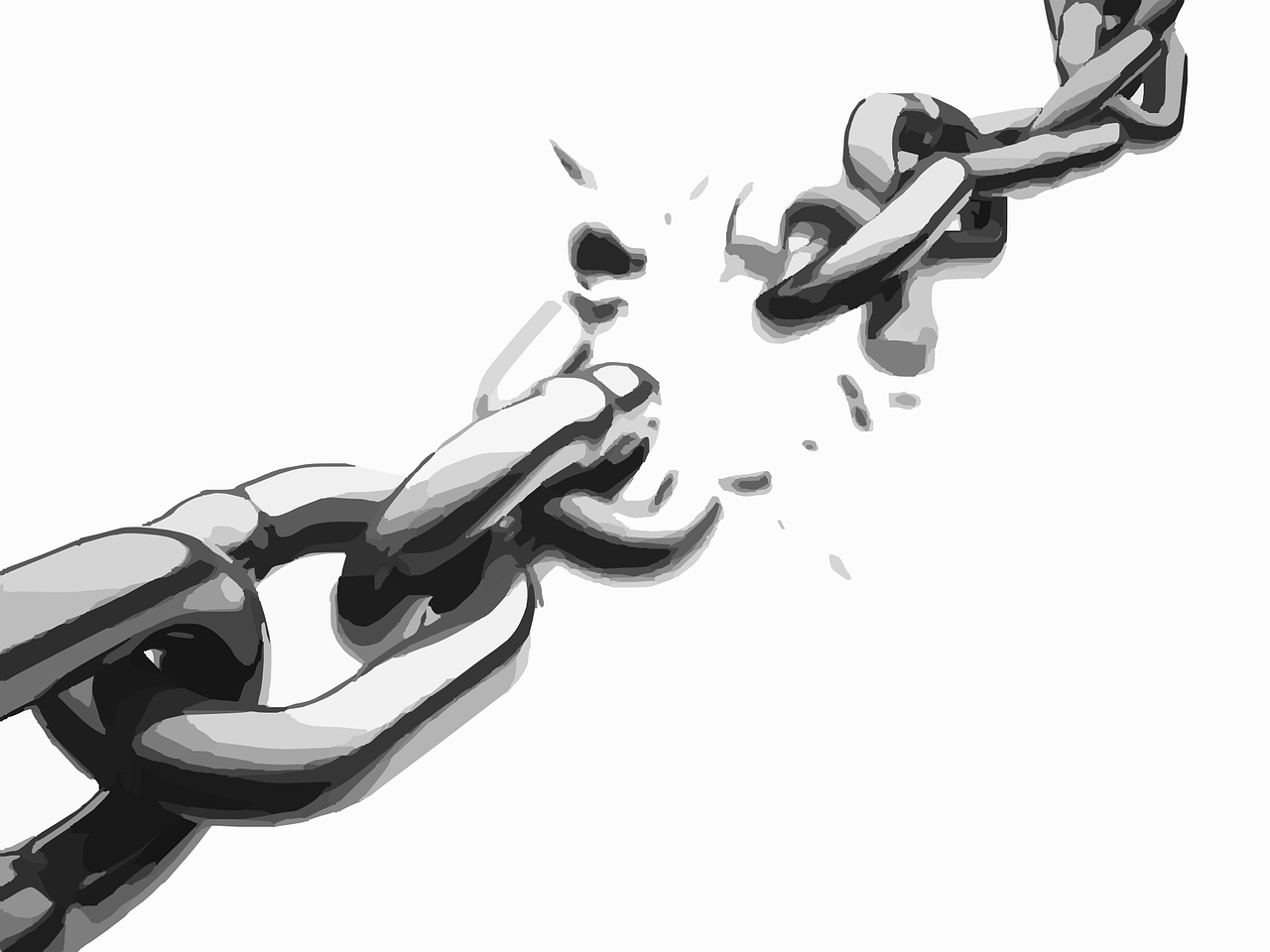 1. Break that healthcare is tied to employment

For millions of Americans today, their healthcare is tied to their employment status. As we’ve seen, this isn’t a resilient system amidst a pandemic as unemployment soars.

Starting a new company is financially risky. For those who have medical conditions (or care for those who do), it can be life threatening. Universal healthcare would eliminate this worry and allow more people to take the risk and build.

2. Break the idea that higher education is a privilege.

Why not educate every 18 year old?

This is an area where I agree with Andreessen. But he doesn’t offer much in the way of solutions. I’m a fan of Elizabeth Warren’s idea to eliminate student debt and make college free.

It frustrates me that this is seen as a partisan issue. Businesses would benefit from a larger pool of well educated people. We all do!

You say you want more people solving the hard problems? Then advocate for free college and break the shackles of student loan debt. This paves the way for even more people to take risks and build something new rather than to go work at their safe choice so they can pay down their student debt.

3. Break the idea that access to clean water, healthy food, and shelter is a privilege.

How can people start to build when they don’t have access to basic needs? Why would they even care about gleaming sky scrapers and flying cars when their water is still dirty? Andreessen notes,

We need to demand more of our political leaders

I’m not sure if Universal Basic Income is the best solution, but it’s definitely an interesting area of investigation. If people’s basic needs are covered, they can afford to build. And as Andreessen points out, it’s not an issue of money.

Is the problem money? That seems hard to believe when we have the money to wage endless wars in the Middle East and repeatedly bail out incumbent banks, airlines, and carmakers. The federal government just passed a $2 trillion coronavirus rescue package in two weeks!

In this one area, I agree that the issue is desire. We don’t have the desire to take care of all Americans. But we must if we want to really unlock our potential.

Many of the ideas I mention actually enjoy majority support in America. We have the desire! So what’s stopping us. One major factor is our current political system.

The two-party system in America leaves us with all or nothing politics and milquetoast candidates. I would think those on the other end of the political spectrum would want this too! After all, I know many conservatives who feel the current president doesn’t speak for them, but will end up voting for him because there’s no other choice. Likewise for me, Biden is a disappointing candidate who doesn’t represent many of the positions I care about. I will vote for him because I believe he’s less dangerous than the other candidate.

The point here is not which candidate is better. The point is many of us on the right and left agree that we’re stuck in a catch 22. If you vote for candidates that actually represent your interests, your vote may be wasted or worse, help elect the opposition under our current system.

Let’s push for a better approach such as ranked choice voting!

If you believe in letting the best ideas win, then ranked choice voting is for you.

Ranked choice voting allows you to vote for the candidate and ideas that best represent you. It frees people from choosing the most “electable” candidate or “winnable” idea without fear of throwing away their vote. It does this by allowing you to rank your choices in order of precedence. That way if the candidate you most want doesn’t win, your second place will. It doesn’t de-facto go to the opposition.

And even if your first choice doesn’t win, it can have a positive effect if many people also voted for that choice. It sends the message to the winners that whatever they were about is important to a lot of people. It can change the national conversation much in the way Bernie Sanders and Elizabeth Warren have. But it changes the conversation in a way with teeth.

There’s a few other things we need to break while we’re in there fucking things up.

In this, Andreessen and I seem to agree.

The right must fight hard against crony capitalism, regulatory capture, ossified oligopolies, risk-inducing offshoring, and investor-friendly buybacks in lieu of customer-friendly (and, over a longer period of time, even more investor-friendly) innovation

So how do we do this? Well one place to start is to overturn Citizen’s United which gives corporations outsized influence on politics.

It’s this influence that leads people to see proposals such as Medicare for All as controversial despite 70% of Americans supporting it.

6. Break the barriers to voting

In 2016, 61.4 percent of the citizen voting-age population reported voting in the presidential election. In that election, the winner received 62,984,828 votes. The loser received 65,853,514 votes. That means our president was elected by about 28% of the voting population. (Yes, I could go on a rant about the breaking the Electoral college too, but first thing’s first.)

No matter where you are on the political spectrum, if we want to choose the best candidates so the best ideas can win, we need to have more than 28% of our population choose our president. Especially if we had ranked choice voting in the mix.

Mail in voting is probably the best idea we have to break down barriers to voting. It removes many of the traditional impediments such as voter intimidation, lack of access to polls, etc.

Going back to the original post, I’m all about having our best and brightest working on our hardest problem. I believe the post is looking at the wrong barriers.

If we break the current impediments I mentioned here, I think we’d see a huge explosion of people with the desire to build and solve these problems unleashed. I think this would benefit both those on the right and on the left.

So what can you and I do?

Well, if you have the means, go ahead and build! My point is not to suggest that you shouldn’t respond to the rallying cry if you can.

My point is to also look deeply at what’s holding back so many others from responding and work to address those problems. Contact your legislators and make it clear there’s a demand for change! Keep working towards that change. Donate to causes that are working towards these changes. Use your platform to advocate for change.

Here are a few concrete places to start.

I’m not going to make a false dichotomy to suggest you can’t also go out and build. If you’re in that situation, great! I just ask you also continue to work so that others less fortunate can also build.