But not everyone has a sunny disposition like I do. Some folks want to watch the world burn. What they want is Discouragements.

Well an idiot might write a whole other Visual Studio Extension with a set of discouragements. I may be many things, but I am no idiot. This problem is better solved by allowing users to configure the set of encouragements to be anything they want.

And that’s what I did. I added an Options pane to allow users to configure the set of encouragements. It turned out to be a more confusing ordeal than I expected. But with some help from Jared Parsons, I may now present to you, discouragements!

So if you’re of the masochistic inclination, you can treat yourself to custom discouragements all day long if you so choose. 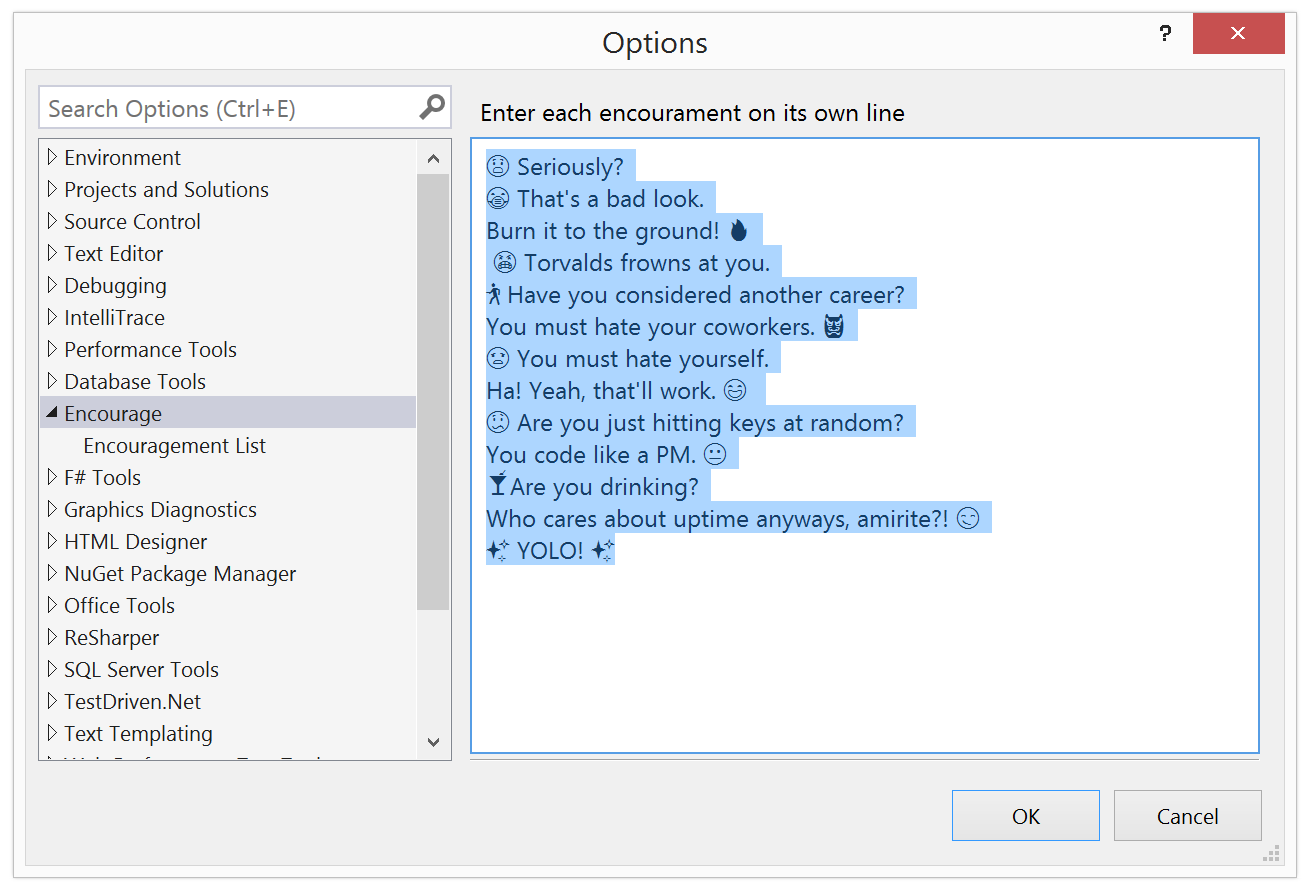 As you can see from the screenshot, it supports native emoji!. If you want these for yourself, I posted them into a gist.

So why was this challenging? Well like many things with development platforms, to do the basic thing is really easy, but when you want to deviate, things become hard.

If you follow the Walkthrough: Creating an Options Page you’ll be able to add settings to your Visual Studio extension pretty easily. Using this approach, you can even rely on Visual Studio to generate a properties UI for you. 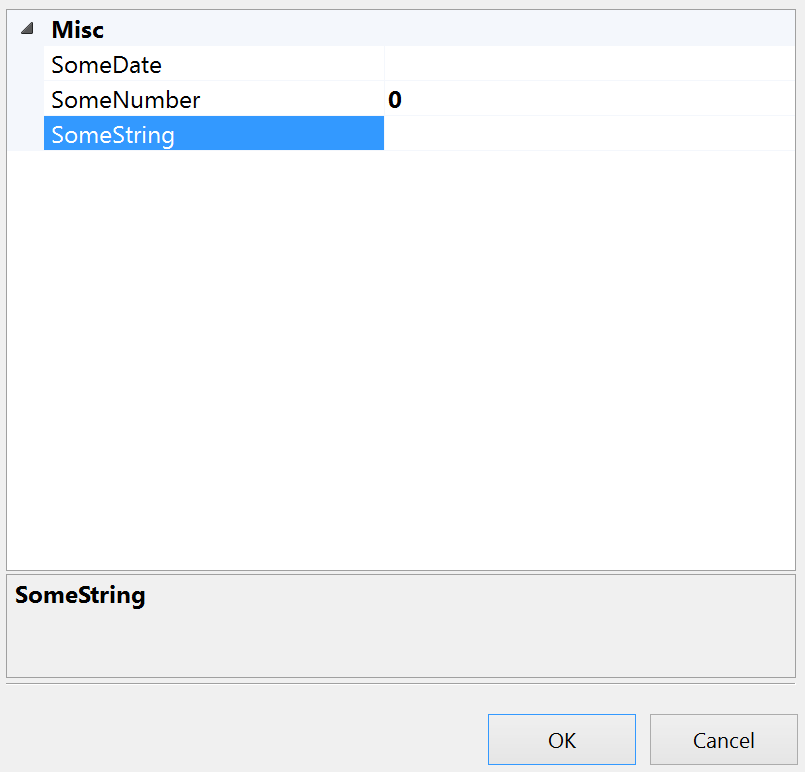 What I wanted was very simple, I wanted a multi-line text box that let you type in or paste in an encouragement per line. So I derived from DialogPage as you do, created a WPF User Control with a TextBox. I added the user control to an ElementHost, a Windows Forms control that can host a WPF control because, apparently, the Options dialog is still hosting Windows Forms controls.

This approach was easy enough, but the text box didn’t accept any of my input. I ran into the same problem as this person writes about StackOverflow.

I could cut and paste into the TextBox, but I couldn’t type anything. That’s not very useful.

I wasn’t interested in overriding WndProc mainly because I feel I shouldn’t have to. Instead I gave up on WPF, and ported it over to a regular Windows Forms user control. That allowed me to type in the textbox, but if I hit the Enter key, instead of adding a newline, the OK button stole it. So I couldn’t actually add more than one encouragement.

Thankfully, Jared pointed me to the UIElementDialogPage.

If you want to provide a WPF User Control for your Visual Studio Extension, derive from UIElementDialogPage and not DialogPage like all the samples demonstrate!

The other thing I learned is that AppSettings is not the place to save your extension’s settings. As Jared explained,

The use of application settings is not version safe in a VSIX. The location of the stored setting file path in part includes the version string and hashes of the executable. When Visual Studio installs an official update these values change and as a consequence change the setting file path. Visual Studio itself doesn’t support the use of application settings hence it makes no attempt to migrate this file to the new location and all information is essentially lost.

The supported method of settings is the WritableSettingsStore. It’s very similar to application settings and easy enough to access via SVsServiceProvider