Judging by the reaction to my Death to the If statement where I talked about the benefits of declarative code and reducing control statements, not everyone is on board with this concept. That’s fine, I don’t lose sleep over people being wrong. 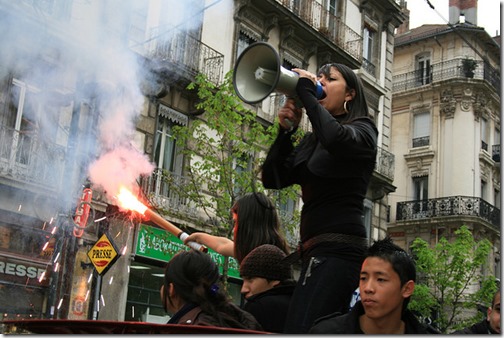 My suspicion is that the reason people don’t have the “aha! moment” is because examples of “declarative” code are too simple. This is understandable because we’re trying to get a concept across, not write the War and Peace of code. A large example becomes unwieldy to describe.

A while back, I tried to tackle this with an example using Reactive Extensions. Imagine the code you would write to handle both the resize and relocation of a window, where you want to save the position to disk, but only after a certain interval has passed since the last of either event.

So you resize the window, then before the interval has passed you move the window. And only have you stop moving it and resizing it for this interval, does it save to disk.

Set aside your typical developer bravado and think about what that code looks like in a procedural or object oriented language. You functional reactive programmers can continue to smirk smugly.

The code is going to be a bit gnarly. You will have to write bookkeeping code such as saving the time of the last event so you can check that the duration has passed. This is because you’re telling the computer how to throttle.

With declarative code, you more or less declare what you want. “Hey! Give me a throttle please!” (Just because you are declaring, it doesn’t mean you can’t be polite. I like to add a Please suffix to all my methods). And declarations are much easier to compose together.

This example is one I wrote about in my post Make Async Your Buddy with Reactive Extensions. But I made a mistake in the post. Here’s the code I showed as the end result:

I’ll give you a second to recover from USBS (Ugly Syntax Blindness Syndrome).

The code isn’t incorrect, but there’s a lot of noise in here due to the boilerplate expressions used to convert an event into an observable sequence of events. I think this detracted from my point.

So today, I realized I should add a couple of really simple extension methods that describe what’s going on and hides the boilerplate.

This then allows me to rewrite the original code like so:

That code is much easier to read and understand what’s going on and avoids the plague of USBS (unless you’re a Ruby developer in which case you have a high sensitivity to USBS).

The important part is we don’t have to maintain tricky bookkeeping code. There’s no code here that keeps track of the last time we saw one or the other event. Here, we just declare what we want and Reactive Extensions handles the rest.

This is what I mean by declare, don’t tell. We don’t tell the code how to do its job. We just declare what we need done.

UPDATE: ReactiveUI (RxUI) 5.0 has an assembly Reactive.Events that maps every event to an observable for you! For example:

That makes things much easier!