This post is a departure from my typical software related topics, but I think you’ll find parallels with management and dealing with software developers.

Parenting is a skill like any other – it can be improved (for some more than others, amirite?!).

Look, I’m not trying to claim I’m the world’s greatest dad. But I was given a coffee mug with that claim by my kids. I don’t mean to brag, but I’m pretty sure they did a quantitative exhaustive analysis of all dads before conferring that award to me because that’s just how I raised them. Right kids?!

When my son was still a very young toddler, my wife and I took advantage of a Microsoft benefit that paid for parenting classes (Many Microsoft employees who are parents have no idea this benefit exists). We attended a series on “Reflective Parenting.” It was an amazing learning experience that taught us this idea that parenting is a skill like any other.

It’s a strange conceit of many parents that because they can reproduce, that they suddenly are imbued with unassailable parenting skills.

It doesn’t take special talents to reproduce—even plants can do it. On the other hand, contributing to a program like Emacs takes real skill. That is really something to be proud of.

It helps more people, too.

And you never have to clean up poo from an Emacs blowout!

He’s right about one part. Even plants can reproduce. But reproducing is the easy part. Plants can’t parent.

Despite my megalomaniacal tendencies, I like to think I turned out ok so far. My parents did a pretty good job. Does that mean I can’t strive to do even better? It’s worth a try. So in this post, I’ll explore what SCIENCE brings to bear on the subject. It may seem weird to invoke science in a subject as personal and emotional as parenting. But the scientific method is effective, even on a personal scale. 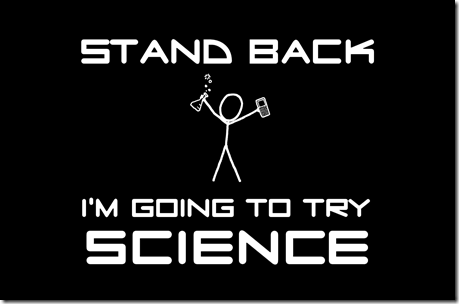 Note that the focus here is on core principles and less on specifics. I’m not going to tell you to spank or not spank your child (because we know that’ll end in a shit storm debate).

This post will focus on principles to consider when making your own decisions about these things. Because in the end, if you are a parent, it is ultimately up to you what you do…within reason.

That’s one reason try to embrace the “no judging” philosophy towards other parents. Each parent has a different situation and different background. I may offer ideas that I think are helpful, but I won’t judge. Unless you tend to drive off with your five-week-old child on top of your car. I might judge just an teensy weensy bit then.

..in response to groundbreaking research in child development and the study of the neurobiology of the developing mind showing that the single best way to positively impact the attachment relationship is to increase a parent’s capacity to reflect on their relationship with their child – to think about the meaning that underlies behavior.

There’s a lot of science and research underlying the core precepts of this approach. But when you hear it, it doesn’t sound academic at all. In fact, it sounds a lot like common sense.

There are three core lessons I took from the classes.

The first is to work on developing empathy and understanding for your child. We learned a lot about what children are capable of developmentally at certain ages. For example, at very young ages, children aren’t very good at understanding cause and effect.

This allows you to develop more appropriate expectations and responses to the things your child may do. At some ages, you just can’t expect them to respond to reason, for example. (By their teenage years, they can respond to reason, they just choose not to. It’s different.)

The second, and perhaps more important lesson for me personally, is that good parenting is more about controlling yourself than your child. This is because children reflect the behavior of their parents.

For example, we’ve all been there, in the car, with the kids loudly misbehaving, when a parent gets fed up, blows up, and screams at the kids. I’ve been there.

In that moment the parent is not disciplining. The parent is only momentarily making him or herself feel better. But this teaches the kids that the best way to handle a stressful situation is to lose your shit. Discipline comes from the calm moments when a parent is very considered and in control of his or her actions. Remember, kids don’t do what you tell them to do. They do as you do.

In such situations, the class taught us to attempt to empathize with what the children might be experiencing and base our actions on that. If we can’t help but to lose our temper, it’s OK to separate ourselves from the situation. For example, in extreme situations, you might pull over, step out of the car, and let the kids scream their heads off while you (out of earshot) calm your nerves.

Now this last point is the most important lesson. Parents, we are going to fuck up. We’re going to do it royally. Accept it. Forgive yourself. And then repair the situation.

I’ve lost my shit plenty of times. I’m pretty sure I did it twice this past week. It doesn’t make me a bad parent, though I feel that way at the moment. What would make me a bad parent is if I doubled down on my anger and never apologized to the kids and never tried to repair whatever damage I may have caused.

Some parents believe in the doctrine of parental infallibility. Never let them see you sweat and never admit fault to your children lest they see an opening and walk all over you.

But when you consider the principle that kids do as you do, I don’t think this doctrine stands up to scrutiny. I hope you want your children to be able to admit when they were wrong and know how to deliver a sincere apology. Teach by living the example.

The Economist’s Guide to Parenting

Many years after the reflective parenting class, I listened to this outstanding Freakonomics Podcast epidsode on parenting.

I know what you’re thinking when you read the title of this podcast. You’re thinking what the ** — economists? What can economists possibly have to say about something as emotional, as nuanced, as humane, as parenting? Well, let me say this: because economists aren’t necessarily emotional (or, for that matter, all that nuanced or humane), maybe they’re exactly the people we need to sort this through. Maybe.

As you might expect, it’s hard to conduct a double blind laboratory study of raising kids. Are you going to separate twins at birth and knowingly give one to shitty parents and another to wonderful parents to examine the effects? Cool idea bro, but…

But there are such things as natural experiments. There were studies done of large groups of twins separated at birth and raised by different adoptive parents.

The striking result of the studies is that what the parents did had very little influence in how kids ended up. Letting kids watch as much TV as they want? Restricting TV? Helicopter parenting? Piano and violin lessons? Sorry Tiger Mom, it made very little difference.

Over and over again, guess what made the difference. It wasn’t what the parents did, it’s who they were. Educated parents ended up with educated kids. As far as I could tell, the study didn’t really get into cause and effect much. For example, is it because educated parents tend to do the things that lead to educated kids? Inconclusive. But they did find that many of the practices of “helicopter parents” such as music lessons, etc. had very little affect on future success and happiness of the child.

Kids aren’t affected as much by what you tell them and what you teach them as much as what you do. If you’re curious and love learning, your kids are more likely to be infused with a similar passion for learning.

On one level, this is encouraging. You don’t need to schedule every hour of your children’s free time with Latin and theremin lessons for them to turn out well.

On the other hand, it’s also very challenging. If you’re a naturally awful misanthropic person it’s much harder to change yourself than to simply pay for classes.

I can be pretty lazy. But after the Freakonomics podcast, I started making an effort to do one simple thing every morning. Make the bed before I left the room. Honestly, I didn’t care so much if the bed was made, but I did like how a clean room made me feel less disheveled as I started my day.

And here’s the amazing thing. My son, who’s only five, will now sometimes come into the room to make our bed. I never asked him nor told him to. He saw me doing it and he’s reflecting my behavior. It’s really rather striking.

Go Forth And Parent

In the beginning I mentioned how parenting research applies to software developers. I wasn’t making a comparison of software developers to children (though if the description fits…). It’s more a comment on the idea that parenting is a lot like leadership. Like parents, leaders lead by doing, not by telling others what to do.

The good news is what you do as a parent has little effect on how your kids end up. The best thing you can do is focus on being the type of person you want your kids to be.

However, what you do in the interim can affect how well you cope with being a parent and all the travails that come with it. It also may affect what your relationship with your children will look like down the road. It’d kind of suck to raise wonderful successful kids who want nothing to do with you. So don’t be awful to them.

This is why I still think it’s worthwhile working on improving parenting skills. It’s less about affecting your kids success as adults and more about building a good lasting relationship with them.

Like any skill, there’s always new evidence coming in that might cause you to reevaluate how you parent. For example, here’s a list of ten things parents are often dead wrong about.

Perhaps you factor those in and maybe improve your technique. Maybe not. The key thing is, don’t sweat it too much. Ultimately, what we all want is for our kids to lead fulfilled and happy lives. This is one reason I optimize for my own happiness so they hopefully reflect that. 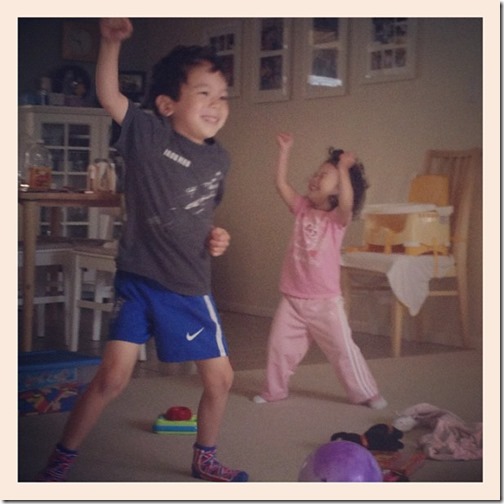