I love automation. I’m pretty lazy by nature and the more I can offload to my little programmatic or robotic helpers the better. I’ll be sad the day they become self-aware and decide that it’s payback time and enslave us all.

But until that day, I’ll take advantage of every bit of automation that I can.

For example, I’m a big fan of the Code Analysis tool built into Visual Studio. It’s more more commonly known as FxCop, though judging by the language I hear from its users I’d guess it’s street name is “YOU BIG PILE OF NAGGING SHIT STOP WASTING MY TIME AND REPORTING THAT VIOLATION!”

Sure, it has its peccadilloes, but with the right set of rules, it’s possible to strike a balance between a total nag and a helpful assistant.

As a developer, it’s important for us to think hard about our code and take care in its crafting. But we’re all fallible. In the end, I’m just not smart enough to remember ALL the possible pitfalls of coding ALL OF THE TIME such as avoiding the Turkish I problem when comparing strings. If you are, more power to you!

I try to keep the number of rules I exclude to a minimum. It’s saved my ass many times, but it’s also strung me out in a harried attempt to make it happy. Nothing pleases it. Sure, when it gets ornery, it’s easy to suppress a rule. I try hard to avoid that because suppressing one violation sometimes hides another.

Here’s an example of a case that confounded me today. The following very straightforward looking code ran afoul of a code analysis rule.

That’s really odd. As you can see, dependency is disposed when its owner is disposed. So what’s the deal?

Can you see the problem?

A Funny Thing about Object Initializers 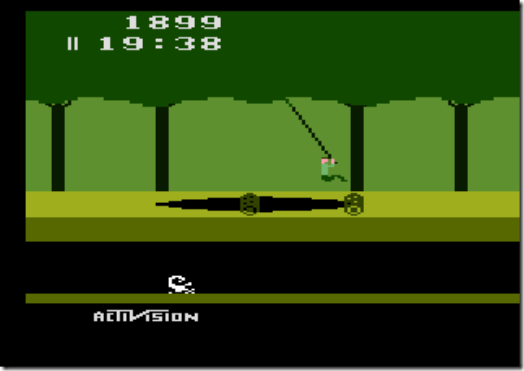 The big clue here is the name of the variable that’s not disposed, <>g__initLocal0. As Phil Karlton once said, emphasis mine,

There are only two hard things in Computer Science: cache invalidation and naming things.

Naming may be hard, but I can do better than that. Clearly the compiler came up with that name, not me. I fired up Reflector to see the generated code. The following is the constructor for Owner.

Aha! So we can see that the compiler generated a temporary local variable to hold the initialized object while its properties are set, before assigning it to the member field.

So what’s the problem? Well if for some reason setting SomeProperty throws an exception, <>g__initiLocal0 will never be disposed. That’s what the Code Analysis is complaining about. Note that if an exception is thrown while setting that property, my member field is also never set to the instance. So it’s a dangling undisposed instance.

So what’s the Plan Stan?

Well the fix to keep code analysis happy is simple in this case.

Don’t use the initializer and set the property the old fashioned way.

This shuts up CodeAnalysis, but did it really solve the problem? Not in this specific case because we happen to be inside a constructor. If the Owner constructor throws, nobody is going to dispose of the dependency.

As Greg Beech wrote so long ago,

From this we can ascertain that if the object is not constructed correctly then the reference to the object will not be assigned, which means that no methods can be called on it, so the Dispose method cannot be used to deterministically clean up managed resources. The implication here is that if the constructor creates expensive managed resources which need to be cleaned up at the earliest opportunity then it should do so in an exception handler within the constructor as it will not get another chance.

So a more robust approach would be the following.

This way, if setting the properties of Dependency throws an exception, we can dispose of it properly.

Why isn’t the compiler smarter?

I’m not the first to run into this pitfall with object initializers and disposable instances. Ayende wrote about a related issue with using blocks and object initializers back in 2009. In that post, he suggests the compiler should generate safe code for this scenario.

It’s an interesting question. Whenever I think of such questions, I put on my Eric Lippert hat and hear his proverbial voice (I’ve never heard his actual voice but I imagine it to be sonorous and profound) in my head saying:

I’m often asked why the compiler does not implement this feature or that feature, and of course the answer is always the same: because no one implemented it. Features start off as unimplemented and only become implemented when people spend effort implementing them: no effort, no feature. This is an unsatisfying answer of course, because usually the person asking the question has made the assumption that the feature is so obviously good that we need to have had a reason tonot implement it. I assure you that no, we actually don’t need a reason to not implement any feature no matter how obviously good. But that said, it might be interesting to consider what sort of pros and cons we’d consider if asked to implement the “silently put inferred constraints on class type parameters” feature.

The current implementation of object initializers seems correct for most cases. The only time it breaks down is in the case of disposable types. So let’s think about some possible solutions.

Why the intermediate variable?

The way to do this without an intermediate local variable is the following.

The first code block only calls the setter of SomePropertyWithSideEffects. But the second code block calls both the getter and setter. That’s pretty different behavior.

Now imagine we’re setting multiple properties or using a collection initializer with multiple items instead. We’d be calling that property getter multiple times. Who knows what awful side-effects that might produce. Sure, side effects in property getters are bad, but as I’ll point out later, there’s another reason this approach is fraught with error.

The intermediate local variable is necessary to ensure the object is only assigned after it’s fully constructed.

Dispose it for me?

So given that, let’s try implementing the the Owner constructor of my previous example the way a compiler might do it.

That’s certainly seems much safer, but there’s still a potential flaw. It’s optimistically calling dispose on the object when the exception is thrown. What if I didn’t want to call dispose on it even though it’s disposable? Maybe the Dispose method of this specific object deletes your hard-drive and plays Justin Bieber music when invoked. In 99.9 times out of 100, you would want Dispose called in this case. But this is still a change in behavior and I can understand why the compiler might not risk it.

Perhaps the compiler could attempt to figure out if that instance eventually gets disposed and do the right thing. All you have to do find a flaw in Turing’s proof of the Halting Problem. No problem, right?

Perhaps we could be satisfied with good enough. Dispose it always and just say that’s the behavior of object initializers. It’s probably too late for that change as that’d be a breaking change. It’d be one I could live with honestly.

Let me dispose it

That’s not too shabby. We got rid of the try/catch block that we had to introduce previously, and if an exception is thrown in the property setter, we can clean up after it. I’m a genius!

Not so fast Synkowski. There’s a potential problem here. Suppose we’re not inside a constructor, but rather are in a method that’s setting a shared member.

We’ve now introduced a possible race condition if this method is used in an async or multithreaded environment.

Notice that after this.dependency is set to the local incomplete instance, but before the local property is set, there’s room for another thread to modify this.dependency in some way right in that gap leading to indeterminate results. That’s definitely a change you wouldn’t want the compiler doing.

In fact, this same issue affects my earlier proposal of not using an intermediate variable.

So about that Code Analysis

Note that I didn’t specifically address Ayende’s case. In his case, the initializer is in a using block. That seems like a more tractable problem for the compiler to solve, but this post is getting long as it is and it’s time to wrap up. Maybe someone else can analyze that case for shits and giggles.

In my case, we’re setting a member that we plan to dispose later. That’s a much harder (if not impossible) nut to crack.

And here we get to the moral of the story. I get a lot more work done when I don’t stop every hour to write a blog post about some interesting bug I found in my code.

The point here is that code analysis is a very helpful tool for writing more robust and correct code. But it’s just an assistant. It’s not a safety net. It’s more like an air bag. It’ll keep you from splattering your brains on the dashboard, but you can still totally wreck your car and break that nose if you’re not careful at the wheel.

Here’s an example where automated tools can both lead you into an accident, but save your butt at the last second.

If you use Resharper (another tool with its own automated analysis) like I do and you write some code in a constructor that doesn’t use an object initializer, you’re very likely to see this (with the default settings).

See that green squiggly under the new keyword just inviting, no begging, you to hit ALT+ENTER and convert that bad boy into an object initializer? Go ahead, it seems to suggest. What could go wrong? Oh it could cause you to now leak a resource as pointed out earlier.

I often like to hit CTRL E + CTRL C in Resharper to reformat my entire source file to be consistent with my coding standards. Depending on how you set up the reformatting, such an automatic action could easily change this code from working code to subtly broken code.

I still have to pay careful attention to what it’s doing. It’s easy to get lulled into a sense of safety when performing automatic refactorings. But you can’t trust it one hundred percent. You are the one who is responsible, not the tools. You are the one in control.

Fortunately in this case, Code Analysis brought this issue to my attention. And in doing so, pointed out an interesting topic for a blog post. Yay automation!