A couple weeks ago I had the great pleasure to speak at the Norwegian Developer’s Conference (NDC). This is my second time speaking at NDC. The first time was back in 2009 and it was a blast!

I gave two talks this year. My slides and a video of each presentation are available as well.

Git and GitHub for Developers on Windows

GitHub.com is the place for open source developers to collaborate on their projects. But there’s a perception that GitHub and Git are the domain of Mac and *nix users. Not so! In this talk, Phil Haack, a GitHub employee, will show how GitHub makes open source collaboration fun and tools and techniques for using Git with GitHub on Windows.

NuGet: Zero to DONE in no time

Developers are known for “scratching their own itch,” producing thousands of libraries to handle every imaginable task. NuGet is an open source package manager from the Outercurve Foundation for .NET (and Windows) developers that brings these libraries together in one gallery and accelerates getting started with a project. It makes it easy to incorporate these libraries in a solution. In this talk, Phil Haack, project coordinator for NuGet, will describe the problem that NuGet solves, how to make effective use of it, and some tips and tricks around the newer features of NuGet.

Speaking of slides, a lot of people asked me what PowerPoint themes I used for my slides. All of my “slide decks” are actually HTML pages with CSS and JavaScript. I’ve become a bit enamored of the Impress.js library.

If you go this route, it’s a lot more work to create a presentation, but if done well, I think it creates a nice effect of an infinite canvas for your thoughts. But it’s very easy to abuse it, which has caused a bit of a backlash against this approach from some people I know. I’m still experimenting with it because I think with a moderate approach, it provides a nice backdrop to a presentation.

Note that the slides might not work well on IE. Take that up with the impress.js author, not me.

If you want to see my decks for other presentations, they’re all posted on http://talks.haacked.com/.

As always, Norway is beautiful in June. The speakers were treated to a boat ride on the Fjords. 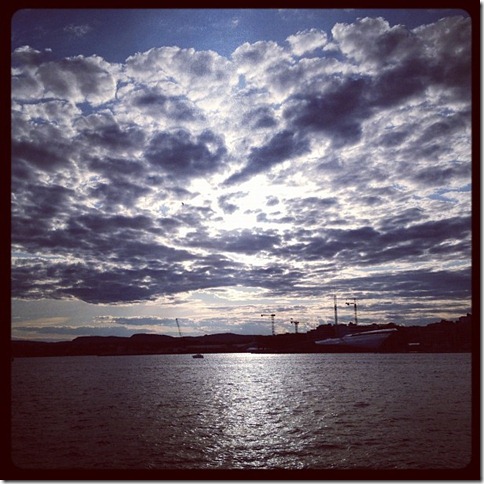 At the conference, I was flattered by some folks who created some swag based on my blog! 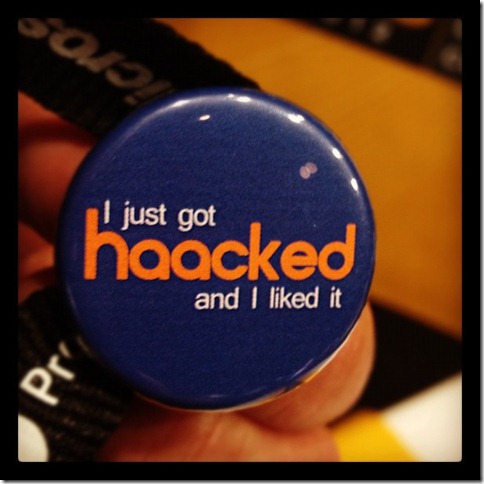 And of course, the best part of any conference is the people. Here a large group of us spontaneously gathered at a Jazz bar. The mixture of accents from around the world was music to my ears. 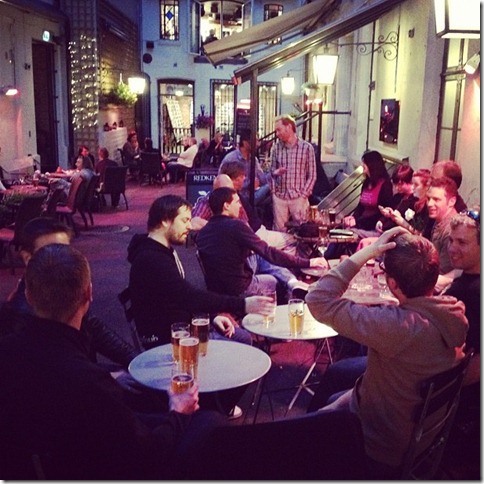 Once again, NDC does not disappoint.

The only low point of the conference was the incredibly awkward Windows Azure event punctuated with offensive lyrics. Though I don’t think the conference organizers had anything to do with that, so I don’t hold it against NDC as I do against the local Norwegian Microsoft offices.