Around eight years ago I wrote a blog post about Repetitive Strain Injury entitled The Real Pain of Software Development [part 1]. I soon learned the lesson that it’s a bad idea to have “Part 1” in any blog post unless you’ve already written part 2. But here I am, eight years later, finally getting around to part 2.

But better late than never!

The original reason that led me to write about this topic was a period of debilitating pain I went through when coding. Too many long hours at the keyboard took their toll on me so that even placing my fingers on the keyboard would cause me pain. I experienced numbness in my fingers, pain in my wrists, back and shoulders, and lots of headaches. In short, I was a mess.

Fortunately, my employer at the time was supportive of me filing a Worker’s Compensation claim. I know for some, that has a negative connotation, but keep in mind it’s insurance that you pay in to specifically for cases of injuries. So it makes sense to use it if you’re legitimately injured on the job. Per wikipedia:

Workers’ compensation is a form of insurance providing wage replacement and medical benefits to employees injured in the course of employment in exchange for mandatory relinquishment of the employee’s right to sue his or her employer for the tort of negligence.

The insurance covered several things for me:

I am extremely grateful for these measures as they’ve taught me the means to care for myself and deal with ongoing pain in a productive manner. I love to code and the thought of switching careers at the time was depressing.

One thing that’s important to understand is that every person is different. Some folks can work 16 hrs a day slouching the whole time, and have no problems. While others can work 8 hrs a day in perfect posture and have tons of pain. It’s important to listen to what your own body is telling you.

Have an fully grown friend lay down on the floor and relax. No funny business here, I promise. Then lift their head up gently with your two hands. Notice how heavy that is? A human head (without hair) weighs around 8 to 12 pounds. And I’ve been told, some noggins are larger than others.

Ok, you can put it down now. Gently! A head is a pretty heavy thing, even when engaging your arms to lift it. Now consider the fact that you have only your neck muscles to hold it up all day. 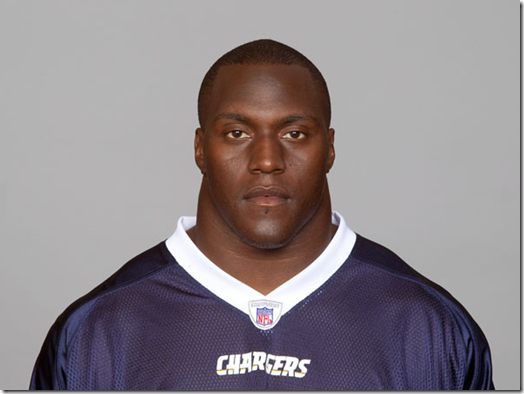 Holding your head up all day can be a literal pain in the neck. The trick, of course, is to balance the head well so you’re neck isn’t constantly engaged.

What I learned in PT was how all these systems are connected. Pain in the neck and shoulders can impinge on nerves that run through the arm, elbow, and into your hands.

So a lot of Physical Therapy involved strengthening these muscles to better handle the stresses of the day combined with various massages and stretches to release tension in these muscles.

A lot of Occupational Therapy was focused on habits and behaviors so that these muscles weren’t overused in the first place. No matter how good your posture is, you need to take regular breaks. The body doesn’t respond well to being overly static. Even sitting in place with perfect posture for hours on end takes its toll. The body needs movement.

During my therapy, I bought a foam roller and would bring it to the office. I didn’t care how silly I looked, regular stress breaks with the roller helped me out a lot.

Another change I made at the same time was to switch to a Dvorak Simplified Keyboard Layout:

I hoped that reducing finger motion would result in less strain on my hands over all.

There’s some controversy around whether Dvorak is really better than QWERTY. A reason.com article on QWERTY vs Dvorak pointed out that the idea that QWERTY was designed to slow down typists is a myth. It goes on to provide evidence that there’s no reason to believe Dvorak is superior to QWERTY.

While the part about QWERTY is true, the evidence in the Reason article that QWERTY is superior to Dvorak is also suspect.

The fact is that there’s too little research to make any claims. And all these studies focused on typing speed and not on impact to repetitive stress injuries.

And I’m not sure my experience can lend credence either way because it was not a controlled experiment. I switched to Dvorak while also engaging in new habits meant to improve my condition. So it’s hard to say whether Dvorak helped, I do subjectively feel that it’s more comfortable given how much my fingers stay on the home row.

In his blog post, The Programmer’s Bill of Rights, Jeff Atwood calls out the need for a comfortable chair.

Let’s face it. We make our livings largely by sitting on our butts for 8 hours a day. Why not spend that 8 hours in a comfortable, well-designed chair? Give developers chairs that make sitting for 8 hours not just tolerable, but enjoyable. Sure, you hire developers primarily for their giant brains, but don’t forget your developers’ other assets.

He also has a great follow-up blog post, Investing in a Quality Programming Chair.

I mentioned earlier that Workman’s Comp paid for a chair. I also bought another one with my own money so I’d have a good one both at home and at work. It’s that important!

For many, the Herman Miller Aeron chair is synonymous with “ergonomic chair.” But it’s very important to note that, as good as it is, it’s not necessarily the right chair for everybody. I found that for whatever reason, it just wasn’t very comfortable with my body type. I felt the seat pan was too long and pushed against the back of my knees more than I liked.

I tried a bunch of chairs and settled on the Neutral Posture series with a Tempurpedic seat cushion so my ass is cradled like a newborn. Be sure to get a chair that works for you and not simply select one because you heard about it.

One thing a doctor told me when I was dealing with this was that it’s very likely that I’ll always have pain. The question is how well will I deal with it when it happens?

And it’s true. The pain has subsided for the most part, but it’s never totally gone away. The good news is that I’ve been able to have a productive career in software because I took the pain seriously and worked to address it immediately. On days when I do have pain, I deal with it with stretches, exercise, and taking breaks. I also work to reduce my stress level as I’ve found that my pain level seems to be correlated to the amount of stress I feel. I think I tend to carry my stress in my shoulders.

If you’re dealing with pain due to coding, please know that it’s not because you are deficient in some manner. Or because you’re a wimp. There’s really no value judgment to be made. You’re not alone. It’s pretty common. Don’t ignore it! You wouldn’t (or shouldn’t) ignore a searing pain in your abdomen, so why ignore this?

With the right treatment and regimen, it can get better. Good luck!