…organizations which design systems … are constrained to produce designs which are copies of the communication structures of these organizations.

Up until recently, there was probably no better demonstration of this law than the fact that Microsoft had two ways of shipping angle brackets (and curly braces for that matter) over HTTP – ASP.NET MVC and WCF Web API.

The reorganization of these two teams under Scott Guthrie (aka “The GU” which I’m contractually bound to tack on) led to an intense effort to consolidate these technologies in a coherent manner. It’s an effort that’s lead to what we see in the recently released ASP.NET MVC 4 Beta which includes ASP.NET Web API.

For this reason, this is an exciting release of ASP.NET MVC 4 as I can tell you, it was not a small effort to get these two teams with different philosophies and ideas to come together and start to share a single vision. And this vision may take more than one version to realize fully, but ASP.NET MVC 4 Beta is a great start!

For me personally, this is also exciting as this is the last release I had any part in and it’s great to see the effort everyone put in come to light. So many congrats to the team for this release! 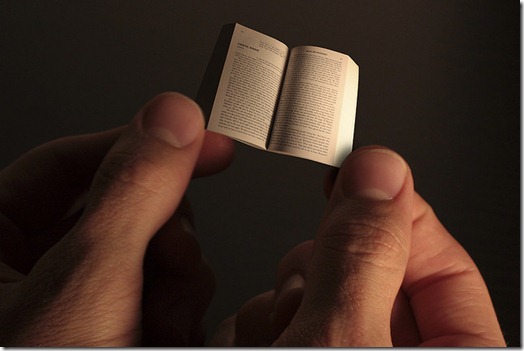 If you take a look at Jon Galloway’s on ASP.NET MVC 4, he points to a lot of resources and descriptions of the BIG features in this release. I highly recommend reading that post.

I wanted to take a different approach and highlight some of the small touches that might get missed in the glare of the big features.

However, the concept is still interesting. Prior to ASP.NET MVC 4, the only way to switch out the action invoker was to write a custom controller factory. In ASP.NET MVC 4, you can now simply inject an IActionInvoker using the dependency resolver.

The same thing applies to the ITempDataProvider interface. There’s almost no need to write a custom IControllerFactory any longer. It’s a minor thing, but it was a friction that’s now been buffed out for those who like to get their hands dirty and extend ASP.NET MVC in deep ways.

I’ve been a big fan of using the Ninject.Mvc3 package to inject dependencies into my ASP.NET MVC controllers.

However, your Ninject bindings do not apply to ApiController instances. For example, suppose you have the following binding in the NinjectMVC3.cs file that the Ninject.MVC3 package adds to your project’s App_Start folder.

Now create an ApiController that accepts an ISomeService in its constructor.

That’s not going to work out of the box. You need to configure a dependency resolver for Web API via a call to GlobalConfiguration.Configuration.ServiceResolver.SetResolver.

However, you can’t pass in the instance of the ASP.NET MVC dependency resolver, because their interfaces are different types, even though the methods on the interfaces look exactly the same.

This is why I wrote a small adapter class and convenient extension method. Took me all of five minutes.

In the case of the Ninject.MVC3 package, I added the following line to the Start method.

With that in place, the registrations work for both regular controllers and API controllers.

I’ve been pretty busy with my new job to dig into ASP.NET MVC 4, but at some point I plan to spend more time with it. I figure we may eventually upgrade NuGet.org to run on MVC 4 which will allow me to get my hands really dirty with it.

Have you tried it out yet? What hidden gems have you found?