Recently I’ve been tweeting photos of my kids playing with a new toy my wife bought them that they are totally enthralled with. It’s called the Bildopolis Big Bilder Kit.

This is a creation of a family friend of ours who used to be an industrial designer at IDEO. He left a while ago to start on his own thing and came up with this. We bought a set immediately in part to to support his efforts, but also because it looked cool. We were not disappointed. This thing is fun. 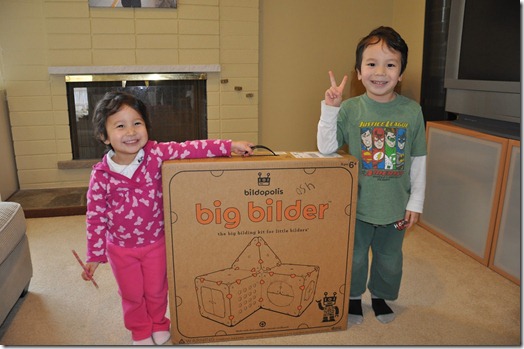 The concept is really simple. It’s a set of cardboard squares, triangles, and rectangles that have “female” velcro semicircles attached. Those are the white parts in the photos. The kit also comes with a bag of colorful “male” velcro “dots”.

Apply the dots to attach the cardboard pieces together to make all sorts of interesting structures for your kids to play in. If your kids are older, they’ll probably want to build their own structures. 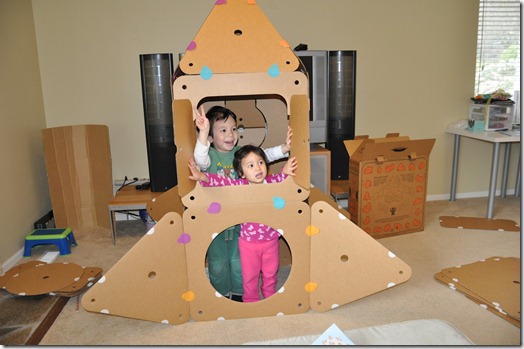 I want to make it clear that I don’t get any kickbacks or anything and we paid full price for our set. I’m just pimping this out because I had so much fun building stuff with it and my kids really love it. Maybe yours will too. 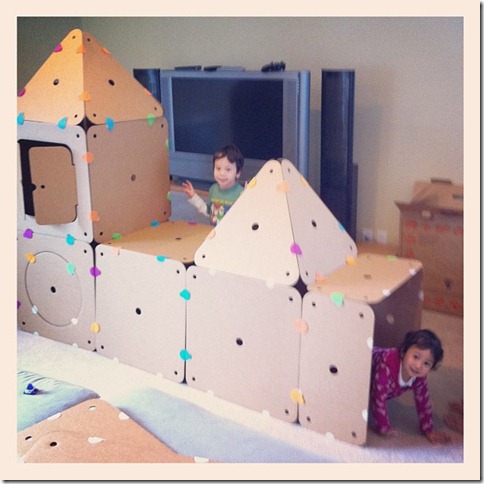 In one evening, we built about four different structures. They’re quick and flexible to build. 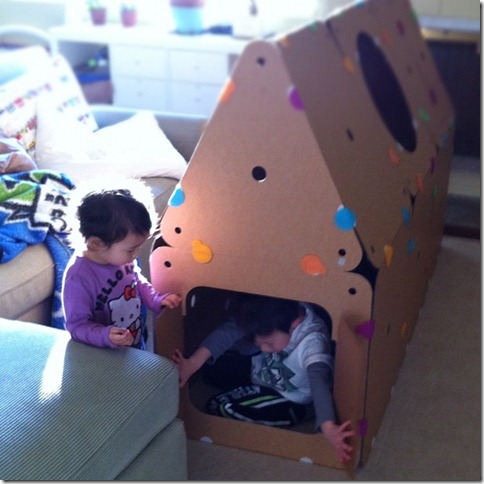 There are a few downsides though. The Haackerdome below is probably going to be a permanent fixture in our living room, which takes up a bit of space. Also, these structures are meant for playing inside of, not on top of. They wouldn’t be sturdy enough to support the weight of kids climbing on top of them. 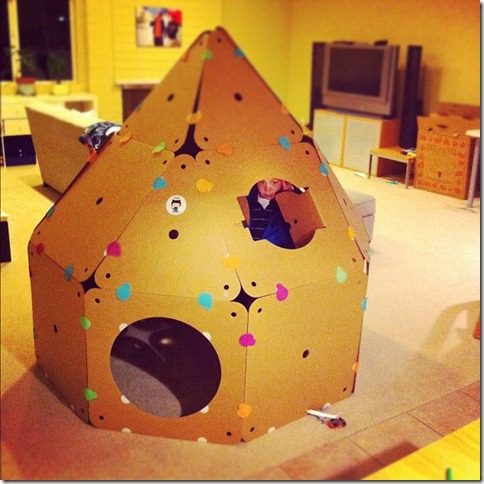 In any case, if you want to learn more, check out the Bildopolis website. They have a video showing off the kit. There’s also a gallery where folks have sent in photos of what they’ve built. That’s where I got the idea for the dome. The kit sells for $80 not including shipping.