Suppose you have a test that needs to compare strings. Most test frameworks do a fine job with their default equality assertion. But once in a while, you get a case like this:

Let’s pretend the first value in the above test is the expected value and the second value is the value you obtained by calling some method.

Clearly, this test fails. So you look at the output and this is what you see: 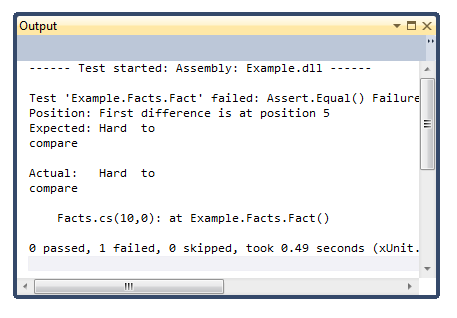 It’s pretty hard to compare those strings by looking at them. Especially if they are two huge strings.

This is why I typically write an extension method against string used to better output a string comparison. Here’s an example of a test using my helper.

And here’s an example of the output. 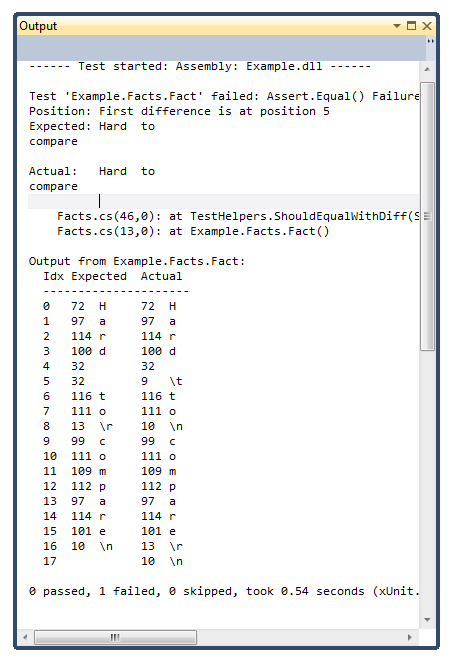 At the very top, the assert message is the same as before. I deferred to the existing Assert.Equal method in xUnit (typically Assert.AreEqual in other test frameworks) to output the error message.

This makes it easy to compare two strings and see every difference when a test fails. Even the hidden ones.

This is a simple quick and dirty implementation available in a Gist. For example, it doesn’t do any real DIFF comparisons and try to line up similarities. That’d be a nice improvement to make at some point. If you can improve this, feel free to fork the gist and send me a pull request.