Recently, a group of covert ninjas within my organization started to investigate what it would take to change our internal build and continuous integration systems (CI) to take advantage of NuGet for many of our products, and I need your input! 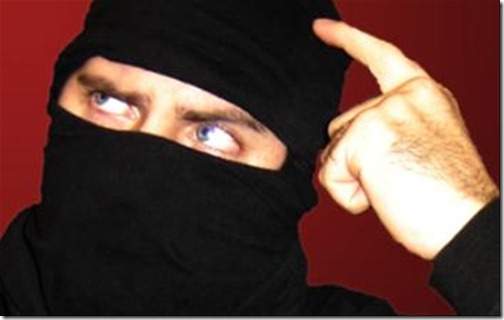 Ok, they’re not really covert ninjas, that just sounds much cooler than a team of slightly pudgy software developers. Ok, they’ve told me to speak for myself, they’re in great shape!

In response to popular demand, we changed our minds and decided to support Semantic Versioning (SemVer) as the means to specify pre-release packages for the next version of NuGet (1.6).

In part, this is the cause of the delay for this release as it required extensive changes to NuGet and the NuGet.org gallery. I will write a blog post later that covers this in more detail, but for now, you can read our spec on it which is mostly up to date. I hope.

I’m really excited to change our own build to use NuGet because it will force us to eat our own dogfood and feel the pain that many of you feel with NuGet in such scenarios. Until we feel that pain, we won’t have a great solution to the pain.

A really brief intro to SemVer

You can read the SemVer spec here, but in case you’re lazy, I’ll provide a brief summary.

SemVer is a convention for versioning your public APIs that gives meaning to the version number. Each version has three parts, Major.Minor.Patch.

In brief, these correspond to:

Additionally, pre-release versions of your API can be denoted by appending a dash and an arbitrary string after the Patch number. For example:

Therefore, the following is an example from lowest to highest versions of a package.

As I mentioned before, I’ll write up a longer blog post about how SemVer figures into your package. For now, I just want to make it clear that if you’re using 4-part version numbers today, your packages will still work and behave as before.

It’s only when you specify a 3-part version with a version string that NuGet gets strict about SemVer. For example, NuGet allows 1.0.1-beta but does not allow 1.0.1.234-beta.234.

How to deal with nightly builds?

So the question I have is, how do we deal with nightly (or continous) builds?

For example, suppose I start work on what will become 1.0.1-beta. Internally, I may post nightly builds of 1.0.1-beta for others in my team to use. Then at some point, I’ll stamp a release as the official 1.0.1-beta for public consumption.

The problem is, each of those builds need to have the package version incremented. This ensures that folks can revert back to a last-known-good nightly build if a problem comes up. SemVer doesn’t seem to address how to handle internal nightly (or continuous) builds. It’s really focused on public releases.

Note, we’re thinking about this for our internal setup, not for the public gallery. I’ll address that question later.

We had a few ideas in mind.

The idea here is that when we’re working on 1.0.1beta, we version the packages using the alpha label and increment it with a build number.

A variant of this approach is to append the date (and counter) in number format.

With this approach, when we’re ready to cut the release, we simply change the package to be 1.0.1-beta and release it.

The downside of this approach is that it’s not completely clear that these are internal nightly builds of what will be 1.0.1-beta. They could be builds of 1.0.1-alpha2.

Have a separate feed with its own versioning scheme.

Another thought was to simply have a completely separate feed with its own versioning scheme. So you can choose to grab packages from the stable feed, or the nightly feed.

In the nightly feed, the package version might just be the date.

The downside of this approach is that it’s not clear at all what release version these will apply to. Also, when you’re ready to promote one to the stable feed, you have to move it in there and completely change the version number.

For NuGet 1.6, you can still use a four-part version number. But NuGet is strict if the version is clearly a SemVer version. For example, if you specify a pre-release string, such as 1.0.1-alpha, NuGet will not allow a fourth version part.

But we had the idea that we could extend SemVer to support this concept of a build number. This might be off by default in the public NuGet.org gallery, but could be something you could turn on individually. What it would allow you to do is continue to push new builds of 1.0.1alpha with an incrementing build number. For example:

While I’m hesitant to suggest a custom extension to SemVer, it makes a lot of sense to me. After all, this would be a convention applied to internal builds and not for public releases.

So, do you like any of these approaches? Do you have a better approach?

While I love comments on my blog, I would like to direct discussion to the NuGet Discussions page. I look forward to hearing your advice on how to handle this situation. Whatever we decide, we want to bake in first-class support into NuGet to make this sort of thing easier.