If you’re not familiar with WCF Web API, it’s a framework with nice HTTP abstractions used to expose simple HTTP services over the web. Its focus is targeted at applications that provide HTTP services for various clients such as mobile devices, browsers, desktop applications. 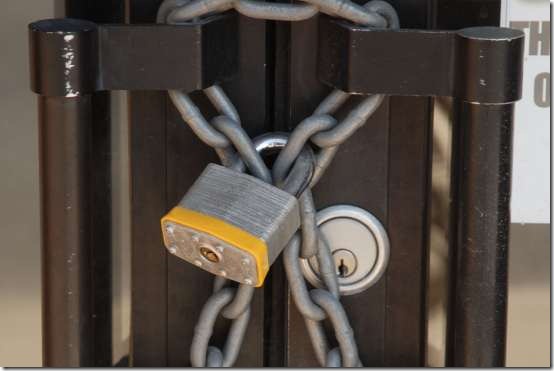 One question that comes up often with Web API is how do you authenticate requests? Well, you run Web API on ASP.NET (Web API also supports a self-host model), one approach you could take is to write an operation handler and attach it to a set of operations (an operation is analogous to an ASP.NET MVC action).

However, some folks like the ASP.NET MVC approach of slapping on an AuthorizeAttribute. In this blog post, I’ll show you how to write an attribute, RequireAuthorizationAttribute, for WCF Web API that does something similar.

One difference is that in the WCF Web API case, the attribute simply provides metadata, but not the the behavior, for authorization. If you wanted to use the existing ASP.NET MVC AuthorizeAttribute in the same way, you could do that as well, but I leave that as an exercise for the reader.

I’ll start with the easiest part, the attribute.

For now, it only applies to methods (operations). Later, we can update it to apply to classes as well if we so choose. I’m still learning the framework so I didn’t want to go bite off too much all at once.

Many folks replied to me that I should use Thread.CurrentPrincipal. My brain must have been off when I wrote this to not think of it. :)

Then all we do is ensure that the user is authenticated and in one of the specified roles if any role is specified. Very simple straightforward code at this point.

The final step is to associate this operation handler with some operations. In general, when you build a Web API application, the application author writes a configuration class that derives from WebApiConfiguration and either sets it as the default configuration, or passes it to a service route.

For example, in a sample Web API app, I added the following configuration class.

In general, it would be up to the application author to wire up the authentication operation handler I wrote to the appropriate actions. But I wanted to provide a method that helps with that. That’s the AppendAuthorizationRequestHandlers method in there, which is an extension method I wrote.

Since I didn’t want to stomp on the existing request handlers, I set the RequestHandlers property to a new action that calls the existing action (if any) and then does my custom registration logic.

I’ll admit, I couldn’t help thinking that if RequestHandlers was an event, rather than an action, that sort of logic could be handled for me.

Have events fallen out of favor? They do work well to decouple code in this sort of scenario, but I digress.

The interesting part here is that the action’s third parameter, od, is an HttpOperationDescription. This is a description of the operation that includes access to such things as the attributes applied to the method! I simply look to see if the operation has the RequireAuthorizationAttribute applied and if so, I add the AuthOperationHandler I wrote earlier to the operation’s collection of operation handlers.

With this in place, I can now write a service that looks like this:

And route to the Web API service like so:

If you’re interested in checking this code out, I pushed it to my CodeHaacks Github repository as a sample. I won’t make this into a NuGet package until it’s been thoroughly vetted by the WCF Web API team because it’s very likely I have no idea what I’m doing. I’d rather one of those folks make a NuGet package for this.

And if you’re wondering why I’m writing about Web API, we’re all part of the same larger team now, so I figured it’s good to take a peek at what my friends are up to.