Stumbling around the net, I ran into the “funny verticals” meme. These are typically a vertical strip of screenshots pulled from a movie or television with funny captions tacked on.

If you do an image search for “funny verticals”, you’ll see a whole slew of them. Be forewarned, there are some very crude and offensive ones.

For the lazy, here are a few representative ones I found to be funny. The first example is from the movie Inception: 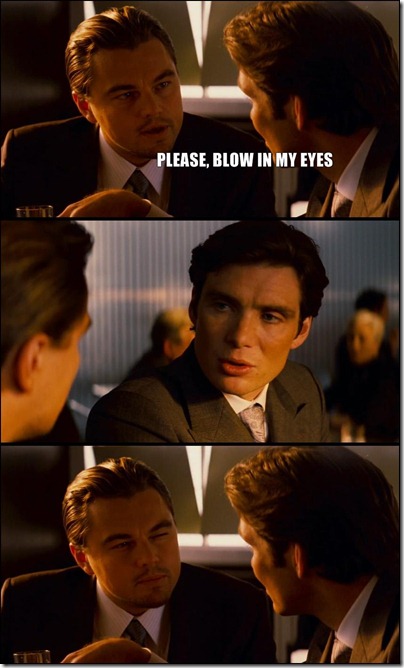 This is another one from Inception. There seems to be a lot using this specific sequence. 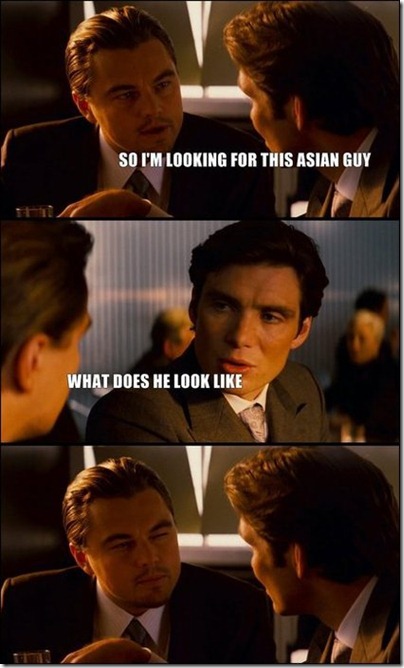 And here’s one from the television show, LOST.

On a lark, I thought it’d be funny to try and do a geek version of this meme. I chose two personalities in our community I figured would be very well known, Scott Hanselman and Scott Guthrie. This has absolutely nothing to do with Hanselman posting this photo on his blog because I’m not the vengeful type. Nosiree.

I’ll post my versions here as well as the raw image because I know you’ll do much better than me. I needed to keep it tame because I do enjoy my employer’s salary continuation plan.

Here’s another one using the same template.

I tried changing this last one up a bit.

It’s pretty challenging to do this with folks who are not television/movie celebrities because you have far fewer images to work from, so I did the best I could with what I could find.