A few weeks ago I felt burned out and was in sore need of a vacation. I suggested to my wife that we take the kids somewhere and she sagely noted that taking the kids anywhere at their ages is not a vacation. Perhaps I should go somewhere on my own. 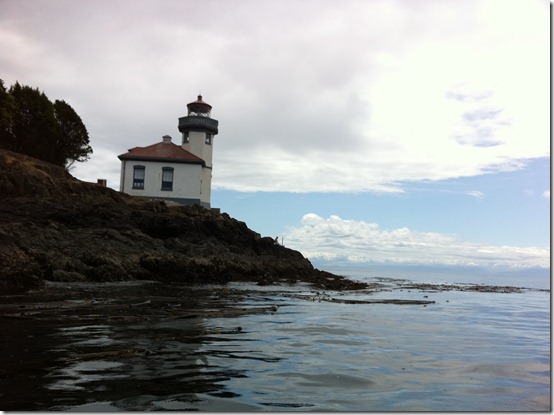 Like a deserted lighthouse!Did I mention she’s the best wife ever?

I decided to take a week off and mix a bit of “staycation” with my vacation. Spend a few days at home and maybe a couple of days away.

The first thing I did was call up Hanselman who was game for a trip to Los Angeles for E3. Unfortunately that fell through when we couldn’t score tickets (yes, we’re cheap). We did find some guy on Craigslist who could score us cheap tickets, but his badges looked hand-drawn and made me a wee bit suspicious. I seriously doubt E3 uses Comic Sans as their badge font.

After much deliberation, I decided to take a trip to the nearby San Juan Island for two nights. The plan was to go sea kayaking, but based on the glowing reports of my co-worker Brad Wilson, I also decided to try ziplining.

There are two ways to get to San Juan Island, take a ferry or fly. Well, you could also try to swim, but I wouldn’t much recommend it. A ferry is much cheaper, but it’ll take you three hours to get there. Not only that, the view doesn’t compare to that of an airplane that takes off and lands on water. So I went with a sea plane, figuring taking off and landing on water would be really fun.

The plane was cozy (aka small) which allowed me to sit right behind the cockpit and enjoy a panoramic view during the flight to the island. The landing was whisper soft and I barely noticed it. 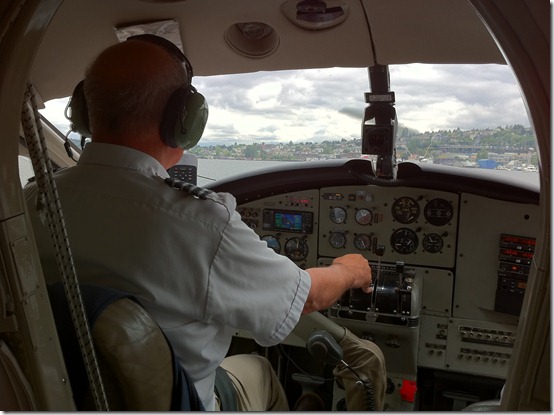 So I wonder what this button does.I even had the opportunity to help out by holding the mooring rope for the pilot while he got in to start the plane and take off. I thought about holding onto the rope for an exhilarating ride, but my better judgment kicked in. 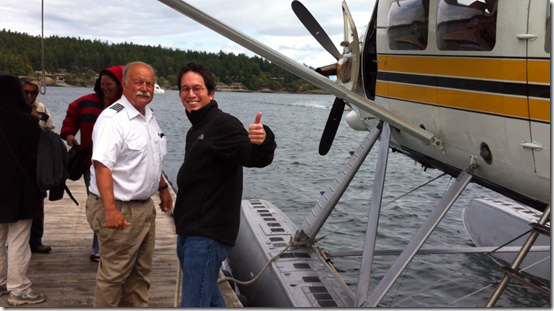 You’re going to tell me when to let go right? RIGHT?!

It was a short walk to the Friday Harbor House, my lodgings for the trip. I splurged a bit for a room with a view overlooking the harbor, affording me a view of the incoming sea planes and ferries. I also had a view of the folks dining in the garden just outside the restaurant downstairs under my balcony. 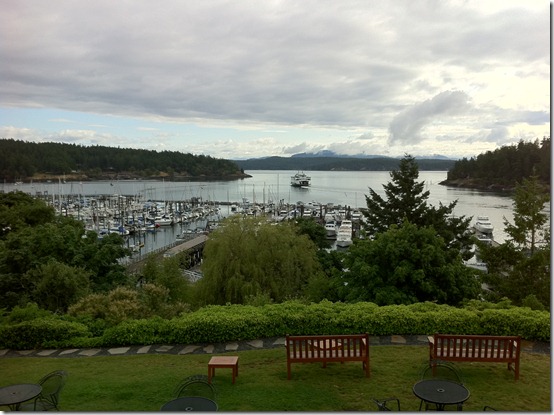 The view of the harbor from my room.

And their view was supplemented by a direct view into my room, keen as I was to keep my window open. Fortunately (for them or for me, I can’t decide), I noticed this before having the occasion to create a very awkward moment.

Unlike most vacations, I actually did spend a lot of time in my room curled up with a good book while enjoying a nice view, so the extra money for the view was well spent.

As a bonus, I learned that the restaurant just under my room was considered by many on the island to be one of the better restaurants.

If you find yourself on San Juan Island, I highly recommend setting apart a bit of time (around 3 hrs) to go ziplining with Zip San Juan. It’s a small operation run by a husband and wife team who exude competence while being extremely friendly. Pat even fashions himself to be a bit of a comedian. I’ll only say I was indeed entertained on the drive there and back.

You better believe I’m not letting go of this rope.

The group I ended up with was a rambunctious extended family on a trip from their home state of Ohio. They graciously treated me as part of their family which apparently means enduring sarcastic quips for the duration of the trip.

Flinging yourself off of a platform bolted 50 feet up a tree harnessed to a cable is surprisingly a lot of fun. Unless you’re deathly afraid of heights. We ran through eight different lines each more interesting than the previous.

For sea kayaking I went with Discovery Sea Kayaks. They are an outfit that is committed to keeping the size of their tours small. My tour had five folks, not counting the guide. I saw another group with what looked like 12 people.

A tour starts with a brief tutorial on safety and proper paddling before setting out in a set of double canoes. We set out on the west side of the island with a nice view of Canada across the sound. We didn’t catch any whales but did see jellyfish, sea lions, and some doll porpoises. 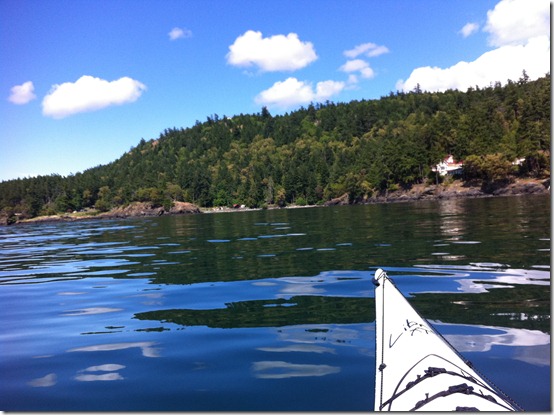 Who said anything about having to actually paddle?

I was fortunate to be sharing a canoe with the guide ensuring I wouldn’t have any problems hearing the guide as he regaled us with interesting stories about the island’s history and our natural surroundings.

I spent two days and two nights on the Island before returning home feeling much refreshed. I look forward to the next opportunity to take such a trip and highly recommend it if you feel yourself being weighed down by work.