Another Spring approaches and once again, another Mix is over. This year at Mix, my team announced the release of the ASP.NET MVC 3 Tools Update at Mix, which I blogged about recently.

Working on this release as well as NuGet has kept me intensely busy since we released ASP.NET MVC 3 RTM only this past January. Hopefully now, my team and I can take a moment to breath as we start making big plans for ASP.NET MVC 4. It’s interesting to me to think that the version number for ASP.NET MVC is quickly catching up to the version of ASP.NET proper.

Once again, Mix has continued to be one of my favorite conferences due to the eclectic mix of folks who attend. 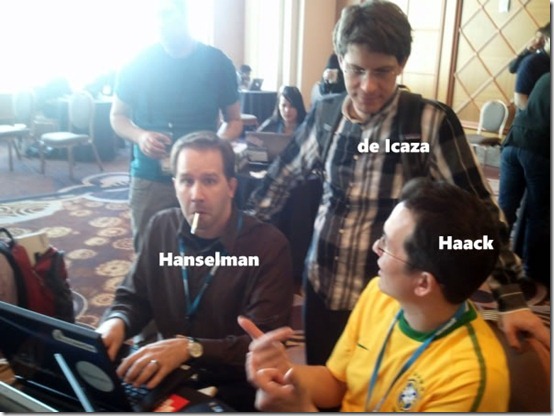 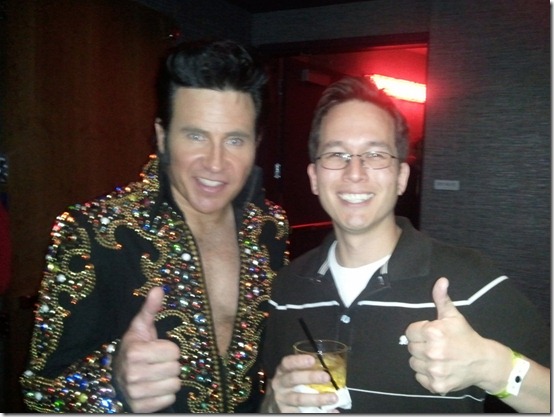 It’s not just a conference where you’ll run into Scott Guthrie and Hanselman, but you’ll also run into Douglas Crockford, Miguel De Icaza or even Elvis!

I was involved with two talks at Mix which are now available on Channel9 and embedded here.

In this talk, I cover the new features of ASP.NET MVC 3 and the ASP.NET MVC 3 Tools Update while building an application that allows me to ask the audience survey questions. The application is hosted at http://mix11.haacked.com/.

Errata: I ran into a few problems during this talk, which I will cover in a follow-up blog post about speaking tips I learned due to mistakes I’ve made.

If you attended the talk (or watched it), I learned at the end that the failure to publish was due to a proxy issue in the room’s network that I didn’t have in my hotel room or the main conference area.

I plan to follow up on various topics I covered in the talk with blog posts. For example, I wrote a helper method during the talk that allows you to pass in a Razor snippet as a template for a loop. That’s now covered in this blog post, A Better Razor Foreach Loop.

NuGet in Depth: Empowering Open Source on the .NET Platform

In this talk, Scott and I perform what we call our “HaaHa” show, which is a name derived from a combination of our last names, Phil Haack and Scott Hanselman but pronounced like our aliases PhilHaand ScottHa.

We spent the entire talk attempting to one-up each other with demos of NuGet. Each demo built on the last and showed more and more what you can do with NuGet.

Errata: During the demo, there was one point where I expected a License Agreement to pop up, but it didn’t. I gave a misleading explanation for why that happened. We should have seen the pop-up because we do not install SqlServerCompact by default.

Turns out I ran into an edge case potential bug in NuGet. Usually, when I create a project, I make sure to create a folder for the solution so that the solution is isolated in its own folder. For some reason, I didn’t have that checked and the solution was being created in my temp directory. Thus the packages folder was being shared with every project I’ve created in that folder which made NuGet think that SqlServerCompact was already installed.

If you’ve never accepted that agreement, it will pop up.

The second mistake I made was in describing install.ps1, which indeed runs every time you install it into a project, not once per solution. To get the correct definition, read our documentation page on Creating a Package.

Another minor mistake I made was in describing the Magic 8-Ball, I said it had a dodecahedron inside. I meant to say icosahedron which is a twenty-sided polyhedron.

During the talk, we randomly start talking about a ringtone. That was due to someone’s phone going off in the audience. You can’t hear it in the recording.

Oh, I just pushed MoodSwings to the main feed so you can try it out.

This was the first time I stayed till the following day of a conference rather than hopping on a cab to the airport immediately after my last talk.

I highly recommend that approach. It was nice to have time to relax after my last talk. A few of us went to ride the rollercoaster at NY NY, walk around the strip, and take in a show JabbaWockeez. 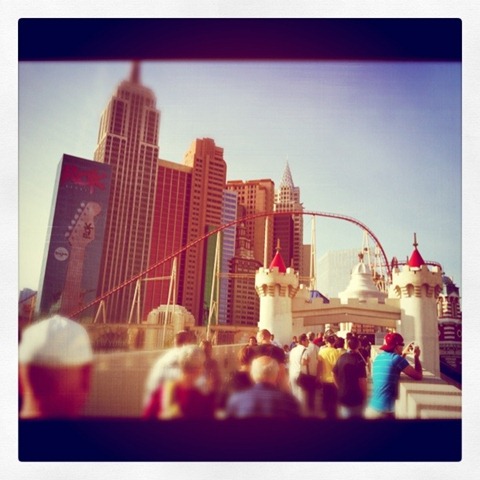 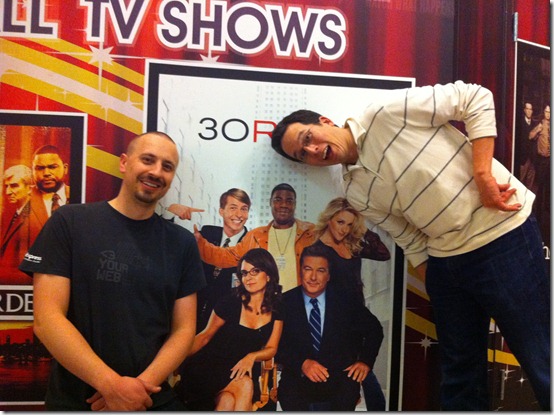