Today at Mix, Scott Guthrie announced an update to the ASP.NET MVC 3 we’re calling the ASP.NET MVC 3 Tools Update. You can install it via Web PI or download the installer by going to the download details page. Check out the release notes as well for more details.

Notice the emphasis on calling it a Tools Update? The reason for that is simple. This only updates the tooling for ASP.NET MVC 3 and not the runtime. There are no changes to System.Web.Mvc.dll or any of its other assemblies that ship as part of the ASP.NET MVC 3 Framework. Instead, given that we just released ASP.NET MVC 3 this past January, we focused on improvements to the tools and project templates that we wanted to ship in time for Mix.

To drive this point home, here’s a screenshot of the Programs and Features dialog with ASP.NET MVC 3 RTM installed. 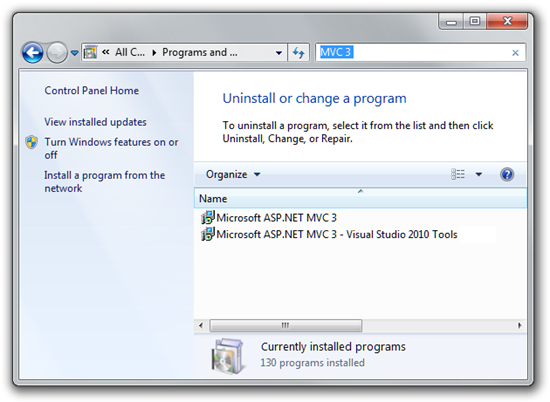 And here’s one with the Tools Update installed. 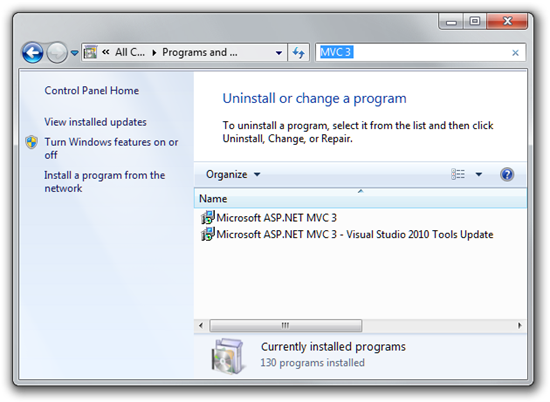 Did you see what changed? If not, I’ll help you. 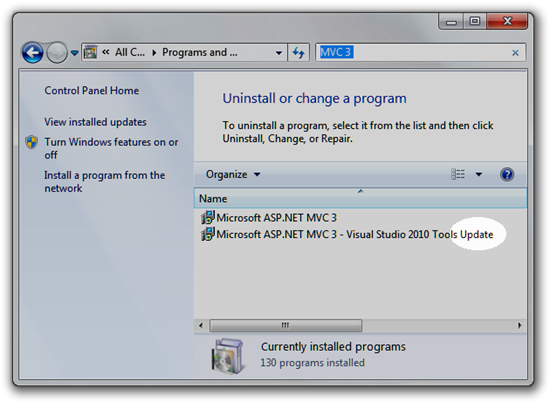 What’s new in this release?

We’ve added a lot of improvements to the tooling experience in this release. For more details, check out the release notes.

We’ve also made several other small changes and fixed several bugs in the MVC tooling for Visual Studio:

Around 12 days ago, we released NuGet 1.2. If you don’t already have NuGet 1.2 installed, ASP.NET MVC 3 Tools Update will install it for you. In fact, it requires it because of the pre-installed NuGet packages feature I mentioned earlier. When you create a new ASP.NET MVC 3 Tools Update project, the script libraries such as jQuery are installed as NuGet packages so that it’s easy to update them after the fact.

Give it a spin and let us know what you think!