We’re not here to write software, we’re here to ship products and deliver value. Writing code is just a fulfilling  means to that end :) 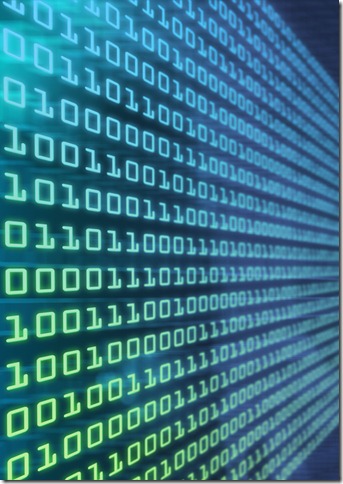 All I see now is blonde, brunette, redhead.

For the most part, I received a lot of tweets in agreement, but there were a few who disagreed with me:

While I agree in principle, the stated sentiment “justifies” the pervasive lack of quality in development

Doctors with this mentality don’t investigate root causes, because patients don’t define that as valuable

That’s BS. If you live only, or even primarily, for end results you’re probably zombie. We’re here to write code AND deliver value.

I have no problem with people disagreeing with me. Eventually they’ll learn I’m always right. ;) In this particular case, I think an important piece of context was missing.

What’s that you say? Context missing in a 140 character limited tweet? That could never happen, right? Sure, you keep telling yourself that while I pop a beer over here with Santa Claus.

The tweet was a rephrasing of something I told a Program Manager candidate during a phone interview. It just so happens that the role of a program manager at Microsoft is not focused on writing code like developers. But that wasn’t the point I was making. I’ve been a developer in the past (and I still play at being a developer in my own time) and I still think this applies.

What I really meant to say was that we’re not paid to write code. I absolutely love writing code, but in general, it’s not what I’m paid to do and I don’t believe it ever was what I was paid to do even when I was a consultant.

For example, suppose a customer calls me up and says,

“Hey man, I need software that allows me to write my next book. I want to be able to print the book and save the book to disk. Can you do that for me?”

I’m not going to be half way through writing my first unit test in Visual Studio by the end of that phone call. Hell no! I’ll step away from the IDE and hop over to Best Buy to purchase a copy of Microsoft Word. I’ll then promptly sell it to the customer with a nice markup for my troubles and go and sip Pina Coladas on the beach the rest of the day. Because that’s what I do. I sip on Pina Coladas.

At the end of the day, I get paid to provide products to my customers that meet their needs and provides them real value, whether by writing code from scratch or finding something else that already does what they need.

Yeah, that’s a bit of cheeky example so let’s look at another one. Suppose a customer really needs a custom software product. I could write the cleanest most well crafted code the world has ever seen (what a guy like me might produce during a prototype session on an off night), but if it doesn’t ship, I don’t get paid. Customer doesn’t care how much time I spent writing that code. They’re not going to pay me, until I deliver.

Now, I don’t think, as one Twitterer suggested, that this “justifies a pervasive lack of quality in development” by any means.

Quality in development is important, but it has to be scaled appropriately. Hear that? That’s the sound of a bunch of eggs lofted at my house in angry disagreement. But hear me out before chucking.

A lot of people will suggest that all software should be written with the utmost of quality. But the reality is that we all scale the quality of our code to the needs of the product. If that weren’t true, we’d all use Cleanroom Software Engineering processes like those employed by the Space Shuttle developers.

So why don’t we use these same processes? Because there are factors more important than quality in building a product. While even the Space Shuttle coders have to deal with changing requirements from time to time, in general, the laws of physics don’t change much over time last I checked. And certainly, their requirements don’t undergo the level of churn that developers trying to satisfy business needs under a rapidly changing business climate would face. Hence the rise of agile methodologies which recognize the need to embrace change.

Writing software that meets changing business needs and provides value is more important than writing zero defect code. While this might seem I’m giving quality a short shrift, another way to look at it is that I’m taking a higher view of what defines quality in the first place. Quality isn’t just the defect count of the code. It’s also how well the code meets the business needs that defines the “quality” of an overall product.

The debunking of the Betamax is better than VHS myth is a great example of this idea. While Betamax might have been technically superior to VHS in some ways, when you looked at the “whole product”, it didn’t satisfy customer needs as well as VHS did.

Nate Kohari had an interesting insight on how important delivering value is when he writes about the lessons learned building Agile Zen, a product I think is of wonderful quality.

It also completely changed the way that I look at software. I’ve tried to express this to others since, but I think you just have to experience it firsthand in order to really understand. It’s a unique experience to build a product of your own, from scratch, with no paycheck or deferred responsibility or venture capital to save you — you either create real value for your customers, or you fail. And I don’t like to fail.

Update: Dare Obasanjo wrote a timely blog that dovetails nicely with the point I’m making. He writes that Google Wave and REST vs SOAP provide a cautionary tale for those who focus too much on solving hard technical problems and miss solving their customers actual problems. Sometimes, when we think we’re paid to code, we write way too much code. Sometimes, less code solves the actual problems we’re concerned with just fine.

Code is a part of the whole

The Betamax vs VHS point leads into another point I had in mind when I made the original statement. As narcissistic developers (c’mon admit it. You are all narcissists!), we tend to see the code as being the only thing that matters. But the truth is, it’s one part of the whole that makes a product.

There’s many other components that go into a product. A lot of time is spent identifying future business needs to look for areas where software can provide value. After all, no point in writing the code if nobody wants to use it or it doesn’t provide any value.

Not to mention, at Microsoft, we put a lot of effort into localization and globalization ensuring that the software is translated into multiple languages. On top of this, we have writers who produce documentation, legal teams who work on licenses, marketing teams who market the product, and the list goes on. A lot goes into a product beyond just the code. There are also a lot of factors outside the product that determines its success such as community ecosystem, availability of add-ons, etc.

I love to code

Now don’t go running to tell on me to my momma.

“Your son is talking trash about writing code!”

It’d break her heart and it’d be completely untrue. I love to code! There, I said it. In fact, I love it so much, I tried to marry it, but then got a much better offer from a very lovely woman. But I digress.

Yes, I love coding so much I often do it for free in my spare time.

I wasn’t trying to make a point that writing code isn’t important and doesn’t provide value. It absolutely does. In fact, I firmly believe that writing code is a huge part of providing that value or we wouldn’t be doing it in the first place. This importance is why we spend so much time and effort trying to elevate the craft and debating the finer points of how to write good software. It’s an essential ingredient to building great software products.

The mere point I was making is simply that while writing code is a huge factor in providing value, it’s not the part we get paid for. Customers pay to receive value. And they only get that value when the code is in their hands.