The last time I wrote about one of my hiking adventures, it started off great, but really didn’t end well. But I survived, so on that scale, yes it did end well! It’s a matter of perspective.

The trail starts in the small town of Index in the county of HomeController (sorry, I couldn’t resist). The entire trail is lush with greenery as you would expect in the pacific northwest. All along the trail are many little waterfalls and river crossings like the one seen here. 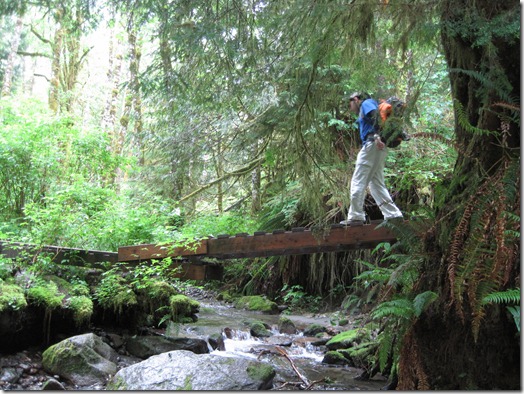 The early part of the hike is dominated by moss covered trees and bushes. Higher up there’s less moss, but just as many trees. 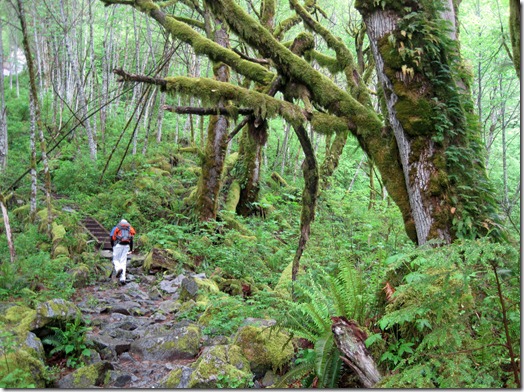 The roar of the falls served as our guide through the series of switchbacks leading us to a grand view. 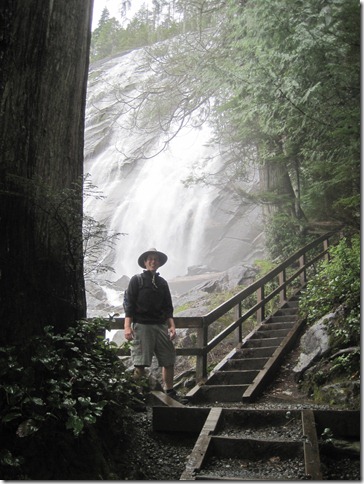 There are two viewing platforms, both with great views of the falls.

The trail is well marked and easy to follow, though it wasn’t without its occasional obstacle. Nothing a strong man like myself can’t handle though. 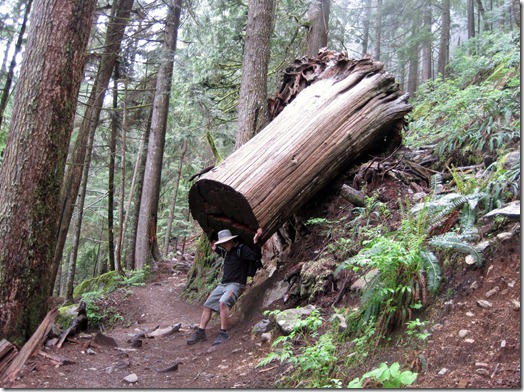 As we got closer to the lake, we captured glimpses of snow capped mountains jutting into the sky. Near the end of the trail, we rounded a bend and were greeted with the sight of a calm lake nestled in a snow covered valley surrounded by jagged peaks. The lake lives up to its name. 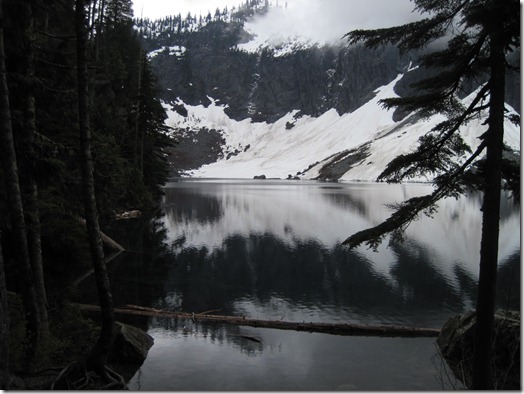 We followed a little trail along the lake to a large rock face where we were able to get a better view of the trail. There just happened to be a large group of friends already there, breaking the sense of solitude. 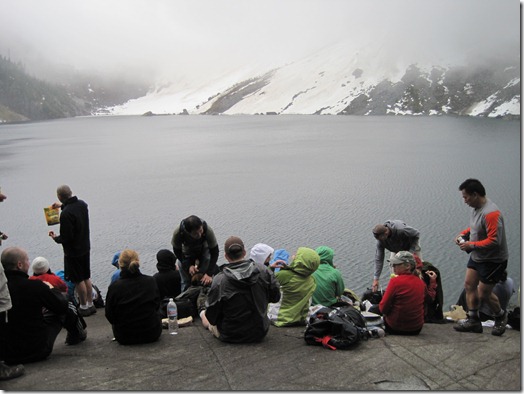 But who are we to blame them, the view was beautiful despite the clouds and rain rolling in right as we got there. 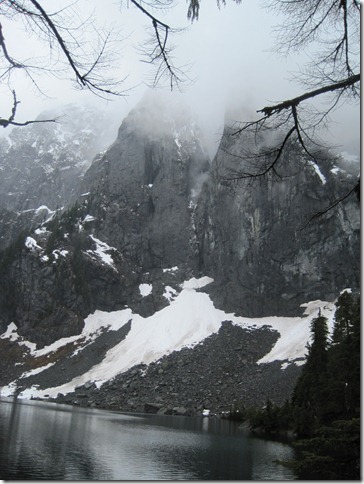 If you live in the Seattle or Bellevue area, I highly recommend this hike. One member of the large group told us that he did the same hike a month ago and the lake was still frozen over and they sat back and enjoyed the dramatic site of constant avalanches on the other side of the lake. We didn’t get the opportunity to witness any.