It’s that time of year again when a young man’s thoughts turn to Las Vegas! Yep, it’s another year and another Mix Conference (March 15-17, 2010), but this time they’ve changed locations to Mandalay Bay. 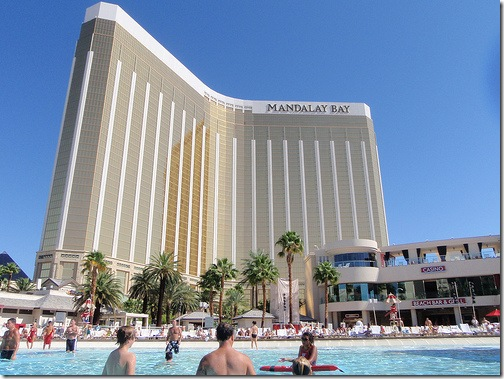 It looks like my prediction that the Mix conferences would end at Mix 09 did not pan out. ;) u As I did last year, I’ll be giving two talks at Mix 10 this year, one of them with the irrepressible Scott Hanselman.

Come see and hear about the latest innovations in ASP.NET MVC 2 and the tooling support in Visual Studio 2008 and 2010. We’ll introduce you to a range of productivity (and extensibility) enhancements such as template helpers, model validation, and the new “Areas” feature, which enhances the team development of large Web sites. With template helpers you can get your website up and running for any data entity type without having to create UI. With improved server side validation and brand new client side validation support, your business data model can define the behavior of your application automatically. All this and more!

THE HAAHA SHOW: ASP.NET MVC SECURITY WITH HAACK AND HANSELMAN

Join Phil Haack and Scott Hanselman for this dynamic and unusual security session. The HaaHa brothers will take turns implementing features on an ASP.NET MVC Web Site. Scott will write a feature, and Phil will exploit it and hack into the system. We’ll analyze and discuss the exploits live on stage and then close them one by one. You’ll learn about XSS, CSRF, JSON Hijacking and more. Is your site safe from the Haack?

Lest you think Scott and I have big heads and self inflated egos, I should explain the title of the second talk. Last year Scott and I were supposed to give a talk together at the Norwegian Developer’s Conference, but we were very late in submitting a talk and abstract. As in, we had nothing a week before the conference.

So Rune (the organizer) simply put in the title “The Haacked and Hanselman Show” as a placeholder, and it stuck. This talk will follow in the footsteps of that talk, but in some cases it may be more difficult to give because of security improvements in ASP.NET.

Right now I’m prepping for the talk by attempting to discover a 0 day exploit that I can reveal live as the finale for the talk. Won’t that be fun! ;)

(Yes, I’m kidding you humorless security experts out there)

Anyways, if you’re going to be at Mix, be sure to come by and say hello! Don’t be shy.