I apologize for not blogging this over the weekend as I had planned, but the weather this weekend was just fantastic so I spent a lot of time outside with my son. 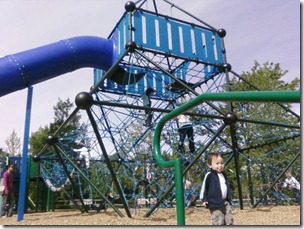 If you haven’t heard yet, Visual Studio 2010 Beta 1 is now available for MSDN subscribers to download. It will be more generally available on Wednesday, according to Soma.

You can find a great whitepaper which describes what is new for web developers in ASP 4 which is included.

One thing you’ll notice is that ASP.NET MVC is not included in Beta

Right now, if you try and open an MVC project with VS 2010 Beta 1, you’ll get some error message about the project type not being supported. The easy fix for now is to remove the ASP.NET MVC ProjectTypeGuid entry as described by this post.