A while back a young developer emailed me asking for advice on what it takes to become a successful developer. I started to respond,

I don’t know. Why don’t you go ask a successful developer? 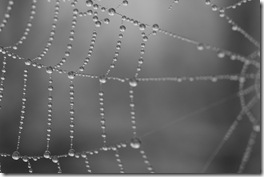 But then I thought, that’s kind of snarky, isn’t it? And who am I kidding with all that false modesty? After all, the concept of a “clever hack” was named after me, but the person who came up with it didn’t have 1/10 of my awesomeness which is exceedingly apparent given the off-by-one error that dropped one of the “a”s from the phrase when it was coined. This, of course, was all before I invented TDD, the Internet, and breathing air.

(note to the humor impaired, I didn’t really invent TDD)

I started thinking about the question a bit and said to myself, “If I were a successful developer, what would have I done to become that?” As I started brainstorming ideas, one thing that really stood out was joining an open source project.

If one thing in my career has paid dividends, it was getting involved with open source projects. It exposed me to such a diverse set of problems and technologies that I wouldn’t normally get a chance to work on at work.

Now before I go further, this post is not the post where I answer the young developer’s question. No, that’s a post for another time. I’ll probably give it some trite and pompous title like “Advice for a young developer.” I mean, c’mon! How pathetic and self absorbed is that title? “Get over yourself!” I’ll say to the mirror. But the guy in the mirror will probably do it anyways, but in reverse.

As I thought about the open source thing, I got to thinking about the first open source project I ever worked on – RSS Bandit (w00t w00t!). RSS Bandit is a kick butt RSS aggregator developed by Dare Obasanjo and Torsten Rendelmann. I had just started to get into blogging at the time and was really impressed by Dare’s outspoken and yet very thoughtful blog as well as by his baby at the time, RSS Bandit (he has a real baby now, congrats man!).

I hadn’t done much Windows client development back then. I was mostly building web applications in classic ASP and then early versions of ASP.NET. I figured that it would be exciting to cut my teeth on RSS Bandit and learn Winforms development in the process. The idea of a stateful programming model had me positively giddy with excitement. This was going to be so cool.

Many new developers approaching an open source project have grand visions of implementing shiny amazing new features that will have the crowds roaring, the President naming a holiday after you, and all your enemies realizing the errors of their ways and naming their children after you.

But a good contributor swallows his or her pride and starts off slowly with something smaller in scope, and more grunt work like in nature. Most OSS projects have a real need for documentation, partly because all the glamour is in implementing features so nobody wants to write the documentation.

That’s where I started. I wrote an article for the docs, getting started with RSS Bandit. Dare took a notice and asked if I would contribute to the documentation, which I gladly agreed to do. He gave me commit access (I believe I was the third after Dare and Torsten to get commit rights) and started working very hard on the documentation. In fact, much of what I wrote is still there as you can see in my narcissistic application screenshots I used. ;)

Over time, I gained more and more trust and was allowed to work on some bug fixes and features. My first main feature was implementing configurable keyboard shortcuts, which was really neat to implement.

(A bit of trivia. I worked with these guys for years on RSS Bandit, but never met Dare in person until this past Mix conference in Las Vegas. Seriously! I’ve yet to meet Torsten who lives in Germany.)

I really loved working on RSS Bandit and it became quite a hobby that took up what little was left of my free time. I guess you could say it kept me out of gangs in the hard streets of Los Angeles, not that I tried to join nor would they accept me. Over time though, I learned something. Despite all that initial giddiness over finally getting to program in a stateful environment…

In fact, I found it quite foreign and challenging. I kept running into weird problems where controls still had the state they had before after a user clicked a button. I would think to myself, “why do I have to clear that state myself? Why doesn’t it just go away when the user takes an action?” I realized my problem was that I was thinking like a web programmer, not a client programmer who took these things for granted.

As challenging as a client programmer finds the web, where you have to recreate the state on each request because the web is stateless, a developer who primarily programs the web sometimes finds client development challenging because the state is like that ugly sidekick next to the hot one at a bar – it…just…won’t…go…away.

I realized then, that I’m just a web developer at heart and I’d rather make web, not war. It was around that time that I started the Subtext project where I felt more in my element working on a web application. Eventually, I stopped using RSS Bandit preferring a web based solution in Google Reader, ironically, because the state of my feeds is always there, in the cloud, without me needing to synchronize or install an app when I’m at a new computer.

So while I actually like (or maybe am just accustomed to) the stateless programming model of the web, I’m also attracted to the statefulness of web applications as a whole in that the state of my data is not tied to any one machine but it’s stored centrally where I can easily get to it from anywhere (which yes, has its own concerns and problems such as when the net is down).

At the same time, I do check in now and then to see how RSS Bandit is progressing. There are very cool features that it has that I miss out on with Google Reader such as the ability to comment directly from the aggregator via the Comment API and the ability to subscribe to authenticated feeds. And I think Dare’s taking RSS Bandit into compelling new directions.

All this is to say that if you want to become a better developer, join an open source project (such as this one :) because it might just show you exactly what type of developer you are at heart. As I learned, I’m a web developer at heart.