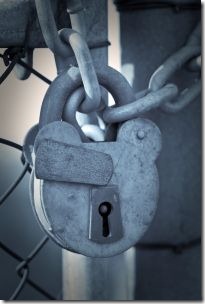 As I’m sure you know, we developers are very particular people and we like to have things exactly our way. How else can you explain long winded impassioned debates over curly brace placement?

So it comes as no surprise that developers really care about what goes in (and behind) their .aspx files, whether they be pages in Web Forms or views in ASP.NET MVC.

For example, some developers are adamant that a page should not include server side script blocks, while others don’t want their views to contain Web Form controls. Wouldn’t it be great if you could have your views reject such code constructs?

Fortunately, ASP.NET is full of lesser known extensibility gems which can help in such situations such as the PageParseFilter. MSDN describes this class as such:

Provides an abstract base class for a page parser filter that is used by the ASP.NET parser to determine whether an item is allowed in the page at parse time.

In other words, implementing this class allows you to go along for the ride as the page parser parses the .aspx file and gives you a chance to hook into that parsing.

For example, here’s a very simple filter which blocks any script tags with the runat="server" attribute set within a page.

Notice that we had to override some defaults for other properties we’re not interested in such as NumberOfControlsAllowed or we’d get the default of 0 which is not what we want in this case.

To apply this filter, just specify it in the <pages /> section of web.config like so:

Applying a parse filter for Views in ASP.NET MVC is a bit trickier because it already has a parse filter registered, ViewTypeParserFilter, which handles part of the voodoo black magic in order to remove the need for code-behind in views when using a generic model type. Remember those particular developers I was talking about?

Suppose we want to prevent developers from using server controls which make no sense in the context of an ASP.NET MVC view. Ideally, we could simply inherit from ViewTypeParserFilter and make our change so we don’t lose the existing view functionality.

That type is internal so we can’t simply inherit it. Fortunately, what we can do is simply grab the ASP.NET MVC source code for that type, rename the type and namespace, and then change it to meet our needs. Once we’re done, we can even share those changes with others. This is one of the benefits of having an open source license for ASP.NET MVC.

WARNING: The fact that we implement a ViewTypeParserFilter is an implementation detail. The goal is that in the future, we wouldn’t need this filter to provide the nice generic syntax. So what I’m about to show you might be made obsolete in the future and should be done at your own risk. It’s definitely running with scissors.

In my demo, I copied the following files to my project:

I then created a new parser filter which inherits the ViewTypeParserFilter and overrode the AllowControl method like so:

This will block adding any control except for those necessary in creating a typical view. You can imagine later adding some easy way of configuring that list in case you do later allow other controls.

Once we’ve implemented this new filter, we can edit the Web.config file within the Views directory to set the parser filter to this one.

This is a powerful tool for hooking into the parsing of a web page, so do be careful with it. As you might expect, I have a very simple demo of this feature here.