I admit, I’m not very proficient with functional programming. It almost feels like a gang war at times - on one side of the tracks is Turing’s crew, sporting their imperative ways. On the other side is the Church group, luring wayward souls onto their turf with the promise of code salvation in the form of functional language.

Matt Podwysocki is one of those Church evangelists, constantly reaching out to me, a lost soul, with the promises of eternal code salvation in the form of F#. I keep meaning to check it out, but you know how that goes.

What I’ve slowly come to realize though is that the more I use and understand the Linq extensions in C#, the more functional my programming has become in certain cases. 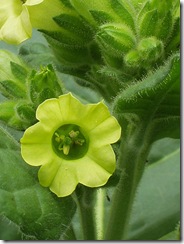 It turns out that C# is the ultimate gateway drug for functional programming^1^. It has just enough functional elements to give you a taste for functional, but with enough friction at times (for example, the type inference is not as good as F#) that it may slowly push me over.

Let me give you a recent concrete example using Subtext. One of the features Subtext has is the ability to take the title of a blog post, and automatically generate a URL slug from the title.

Slugs have to be unique, so we want to make sure that the slug we generate doesn’t conflict. For fun, I implemented it in such a way that we could handle up to 6 conflicts.

For example, suppose you wrote a blog post entitled “Hello World”. The first time you published it, you would have the slug “hello-world”. When you wrote and published a new blog post with the same title, we’d append “again” to the end. Here’s what would happen if you kept repeating this process.

Yeah, it’s kind of a stupid feature. I doubt anyone would ever post more than two blog posts with the same title. In a way, it’s a bit of an easter egg. The original code for this was very imperative. Here’s the gist of the code:

I was revisiting this code today, and I realized I could write this more succinctly using Linq extensions.

When you step back a moment, what I have to start with is an enumeration of suffixes. What I want to do is transform them into potential slugs, and then find the first slug where there is no matching slug in the database.

Functional languages are great for working with sets and doing transformations over sets. At least that’s what Matt tells me. Here’s what I ended up doing.

The first line is a static array of the potential suffixes. At this point, I should really move this line outside of this method and perhaps even have this list be configurable. But for this blog post, let’s leave it here.

The second line converts the suffixes into an enumeration of slugs. I then simply call the First method on that list of slugs passing in a lambda which specifies a condition. The First method will return the first element in the enumeration where the lambda returns true.

In other words, it’ll return the first slug where the repository tells me there is no blog post with a matching slug. If there is no match, the First method throws an InvalidOperationException.

For those who are not familiar with lambdas and and the extension methods I used, the second code might be a bit confusing. But once you know what’s going on, I think it’s much more readable, simple, and shows my intent better.

It reads how I think about the problem.

What would be really cool is if I could somehow switch to F# inline with a C# file. Kind of crazy, but it would be the thing that would probably get me to actually use it in a project.

For those of you who have been doing functional programming for a long time, you’ll probably scoff at this simple example, but for an old imperative programmer like me, it feels like a new world opening up.

^1^After I wrote this, I realized that Ruby might actually be the ultimate gateway drug for functional programming. But I’m kind of focusing on static typed language afficionados, so forgive me. ;)