UPDATE: Due to differences in the way that ASP.NET MVC 2 processes request, data within the substitution block can be cached when it shouldn’t be. Substitution caching for ASP.NET MVC is not supported and has been removed from our ASP.NET MVC Futures project.

This technique is NOT RECOMMENDED for ASP.NET MVC 2.

With ASP.NET MVC, you can easily cache the output of an action by using the OutputCacheAttribute like so.

One of the problems with this approach is that it is an all or nothing approach. What if you want a section of the view to not be cached? 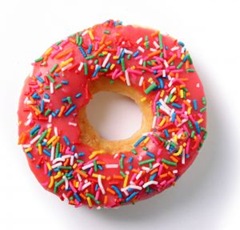 Well ASP.NET does include a <asp:Substitution …/> control which allows you to specify a method in your Page class that gets called every time the page is requested. ScottGu wrote about this way back when in his post on Donut Caching.

However, this doesn’t seem very MVC-ish, as pointed out by Maarten Balliauw in this post in which he implements his own means for adding output cache substitution.

However, it turns out that the Substitution control I mentioned earlier makes use of an existing API that’s already publicly available in ASP.NET. The HttpResponse class has a WriteSubstitution method which accepts an HttpResponseSubstitutionCallback delegate. The method you supply is given an HttpContext instance and allows you to return a string which is displayed in place of the substitution point.

I thought it’d be interesting to create an Html helper which makes use of this API, but supplies an HttpContextBase instead of an HttpContext. Here’s the source code for the helper and delegate.

The reason this method returns a null object is to make the usage of it seem natural. Let me show you the usage and you’ll see what I mean. Referring back to the controller code at the beginning of this post, imagine you have the following markup in your view.

On the first request to this action, the entire page is rendered dynamically and you’ll see both dates match. But when you refresh, only the lambda expression is called and is used to replace that portion of the cached view.

I have to thank Dmitry, our PUM and the first developer on ASP.NET way back in the day who pointed out this little known API method to me. :)

We will be looking into hopefully including this in v1 of ASP.NET MVC, but I make no guarantees.