I credit Google AdSense for really opening up the possibility for small blogs to become sources of passive income. Look around the web and you’ll see nearly every blog sport an AdSense ad or two…or three.

For most people, it amounts to a bit of pocket change - maybe enough money for a coffee or an occasional indulgence. But soon, the lure of adding more ads from other ad networks overwhelms publishers and soon blogs start to look more like the movie Idiocracy. 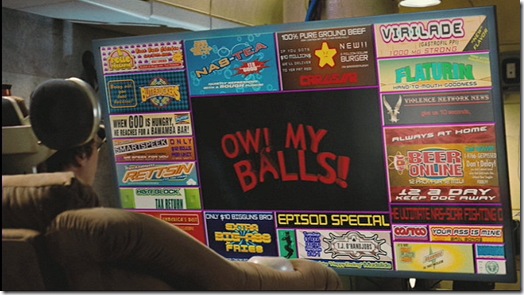 A while back, Jeff Atwood wrote about how content is becoming dwarfed by advertisements in his post, A World of Endless Advertisements, which is where I took that photo. I was heading down that path when I read his post and it gave me pause.

At that time, I had recently started a new business with a friend and we were struggling, so any source of extra income was welcome. But I was always hoping to tone it down a bit.

Now I’m at a pretty stable company, so I don’t necessarily need the extra income, but I don’t mind it because I also have a kid who can eat us out of house and home. Fortunately, I have the opportunity to have my cake and eat it too by removing all of my ads except for The Lounge. Hopefully this makes my site move farther and farther from the screenshot above.

James Avery and I go way back. He’s been involved with Subtext in the past, I contributed some chapters to a book he and Jim Holmes put together. Like many relationships forged in the online community, we’ve never actually met in person, but I feel like I’ve known the guy for a long time.

What I like about James is he’s a real hustler, which you have to be as an independent entrepreneur/consultant/contractor. He seems to be executing on a huge roster of ideas all at once all the time. I’ve gone that route, and found it both exhilarating and downright tough. So my hats off to James.

The other notable thing about The Lounge is that James is using ASP.NET MVC to build it out and is so far finding the experience to be a good one. Right James?