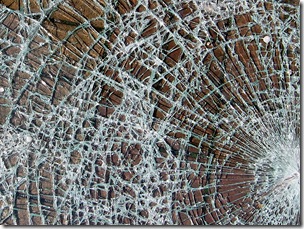 One interesting response to my series on versioning of interfaces and abstract base classes is the one in which someone suggested that we should go ahead and break their code from version to version. They’re fine in requiring a recompile when upgrading.

In terms of recompile, it’s not necessarily recompiling yourcode that is the worry. It’s the third party libraries you’re using that poses the problem. Buying a proper third-party library that meets a need that your company can be a huge cost-saving measure in the long run, especially for libraries that perform non-trivial calculations/tasks/etc… that are important to your application. Not being able to use them in the event of an upgrade could be problematic.

Let’s walk through a scenario. You’re using a third-party language translation class library which has a class that implements an interface in the framework. In the next update of the framework, a new property is added to the interface. Along with that property, some new classes are added to the Framework that would give your application a competitive edge if it could use those classes.

So in this case, the customer has no choice but to wait. It is my hunch that this is the sort of bind we’d like to limit as much as possible. This is not to say we never break, as we certainly do. But we generally limit breaks to the cases in which there is a security issue.

Again, as I’ve said before, the constraints in building a framework, any framework, are not the same constraints of building an app. Especially when the framework has a large number of users. When Microsoft ships an interface, it has to expect that there will be many many customers out there implementing that interface.

This is why there tends to be an emphasis on Abstract Base Classes as I mentioned before within the .NET Framework. Fortunately, when the ABC keeps most, if not all, methods abstract or virtual, then testability is not affected. It’s quite trivial to mock or fake an abstract base class written in such a manner as you would an interface.

Personally, I tend to like interfaces in my own code. I like the way I can quickly describe another concern via an interface and then mock out the interface so I can focus on the code I am currently concerned about. A common example is persistence. Sometimes I want to write code that does something with some data, but I don’t want to have to think about how the data is retrieved or persisted. So I will simply write up an interface that describes what the interaction with the persistence layer will look like and then mock that interface. This allows me to focus on the real implementation of persistence later so I can focus on the code that does stuff with that data now.

Of course I have the luxury of breaking my interfaces whenever I want, as my customers tend to be few and forgiving. ;)