For example, in the active branch of Subtext, we have 882 unit tests, of which I estimate I wrote around 800 of those. Yep, if you’re browsing the Subtext unit test code and something smells bad, chances are I probably dealt it. 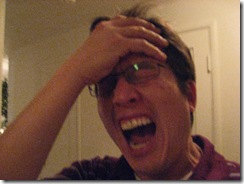 Unfortunately, by most definitions of Unit Test, most of these tests are really integration tests. Partly because I was testing legacy code that and partly because I was blocked by the framework, not every method under test could be easily tested in isolation.

Whether you’re a TDD fan or not, I think most of us can agree that unit testing your own code is a necessary practice, whether it is manually or automated.

I still think it’s worthwhile to take that one step further and automate your unit tests whenever possible and where it makes most sense (for large values of make sense).

When writing an automated unit test, the key is to try and isolate the unit under test (typically a method) by both controlling the external dependencies for the method and being able to capture any side-effects of the method.

Sometimes though, external code that your code makes calls into can sometimes be written in such a way that makes it challenging to test your own code. Often, you have to resort to building all sorts of Bridge or Adapter classes to abstract away the thing you’re calling. Sometimes you are plain stuck.

What “external code” might exhibit this characteristic of making your own code hard to test? I don’t have anything in particular in mind but…oh…off the top of my head if you made me pick one totally spontaneously, I might mention my way of example one little piece of code called the .NET Framework.

For the most part, I’ve had very few problems with the Base Class Libraries or other parts of the Framework. Most of my testing woes came when writing code against ASP.NET. The ASP.NET MVC framework hopes to help address some of that.

I’ve been in a lot of internal discussions recently talking with various people and teams about testable code. In order to contribute more value to these discussions, I am trying to gather specific cases and scenarios where testing your code is really painful.

What I am not looking for is feedback such as

Perhaps Bloozle should be public, but I am not interested in theoretical pains. If the inaccessibility of Bloozle caused a real problem in a real unit test, that’s what I want to hear.

What I am looking for is specifics! Concrete scenarios that are blocked or extremely painful.Including the actual unit test is even better! For example…

“When writing ASP.NET code, I want to have helper methods that accept an HttpContext instance and get some values from its various properties and then perform a calculation. Because HttpContext is sealed and is tightly coupled to the ASP.NET stack, I can’t mock it out or replace it with a test specific subclass. This means I always have to write some sort of bridge or adapter that wraps the context which gets tedious.”

Only, you can’t use that one, because I already wrote it. Ideally, I’d love to hear feedback from across the board, not just ASP.NET. Got issues with WPF, WCF, Sharepoint Web Parts, etc… tell us about it. Please post them in my comments or on your blog and link to this post. Your input is very valuable and could help shape the future of the Framework, or at least help me to sound like I am clued into customer needs next time I talk to someone internal about this. ;)