In a recent post, Frans Bouma laments the lack of computer science or reference to research papers by agile pundits in various mailing lists (I bet this really applies to nearly all mailing lists, not just the ones he mentions).

What surprised me to no end was the total lack of any reference/debate about computer science research, papers etc. … in the form of CS research. Almost all the debates focused on tools and their direct techniques, not the computer science behind them. In general asking ’Why’ wasn’t answered with: “research has shown that…” but with replies which were pointing at techniques, tools and patterns, not the reasoning behind these tools, techniques and patterns. 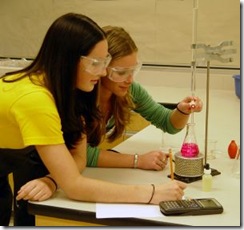 As a fan of the scientific method, I understand the difference between a hypothesis and a theory/law. Experience and anecdotal evidence do not a theory make, as anyone who’s participated in a memory experiment will learn that memory itself is easily manipulated. At the same time though, if a hypothesis works for you every time you’ve tried it, you start to have confidence that the hypothesis holds weight.

So while the lack of research was a slight itch sitting there in the back of my mind, I’ve never been overly concerned because I’ve always felt that the efficacy of TDD would hold weight when put to the test (get it?). It is simply a young hypothesis and it was only a matter of time before experimentation would add evidence to bolster the many claims I’ve made on my blog.

I’ve been having a lot of interesting discussions around TDD internally here lately and wanted to brush up on the key points when I happened upon this paper published in the Proceedings of the IEEE Transactions on Software Engineering entitled On the Effectiveness of Test-first Approach to Programming.

We found that test-first students on average wrote more tests and, in turn, students who wrote more tests tended to be more productive. We also observed that the minimum quality increased linearly with the number of programmer tests, independent of the development strategy employed.

The interesting result here is that quality is more a factor of the number of tests you write, and not whether you write them first. TDD just happens to be a technique in which the natural inclination (path of least resistance) is to write more tests than less in the same time span. The lesson here is even if you don’t buy TDD, you should still be writing automated unit tests for your code.

Obviously such a controlled experiment on undergraduate students leaves one wondering if the conclusions drawn can really be applied to the workplace. The researches do address this question of validity…

The external validity of the results could be limited since the subjects were students. Runeson [21] compared freshmen, graduate, and professional developers and concluded that similar improvement trends persisted among the three groups. Replicated experiments by Porter
and Votta [22] and Höst et al. [23] suggest that students may provide an adequate model of the professional population.

Other evidence they refer to even suggests that in the case of advance techniques, the benefit that professional developers gain outweighs that of students, which could bolster the evidence they present.

My favorite part of the paper is the section in which they offer their explanations for why they believe that Test-First programming might offer productivity benefits. I won’t dock them for using the word synergistic.

We believe that the observed productivity advantage of Test-First subjects is due to a number of synergistic effects:

Test-First also tends to increase the variation in productivity. This effect is attributed to the relative difficulty of the technique, which is supported by the subjects’ responses to the post-questionnaire and by the observation that higher skill subjects were able to achieve more significant productivity benefits.

So while I don’t expect that those who are resistant or disparaging of TDD will suddenly change their minds on TDD, I am encouraged by this result as it jives with my own experience. The authors do cite several other studies (future reading material, woohoo!) that for the most part support the benefits of TDD.

So while I’m personally convinced of the benefits of TDD and feel the evidence thus far supports that, I do agree that the evidence is not yet overwhelming. More research is required.

I prefer to take a provisional approach to theories, ready to change my mind if the evidence supports it. Though in this case, I find TDD a rather pleasant fun enjoyable method for writing code. There would have to be a massive amount solid evidence that TDD is a colossal waste of time for me to drop it.