After joining Microsoft and drinking from the firehose a bit, I’m happy to report that I am still alive and well and now residing in the Seattle area along with my family. In meeting with various groups, I’ve been very excited by how much various teams here are embracing Test Driven Development (and its close cousin, TAD aka Test After Development). We’ve had great discussions in which we really looked at a design from a TDD perspective and discussed ways to make it more testable. Teams are also starting to really apply TDD in their development process as a team effort, and not just sporadic individuals. 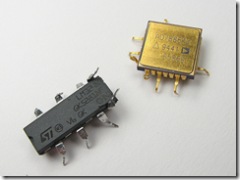 TDD doesn’t work well in a vacuum. I mean, it can work to adopt TDD as an individual developer, but the effectiveness of TDD is lessened if you don’t consider the organizational changes that should occur in tandem when adopting TDD.

One obvious example is the fact that TDD works much better when everyone on your team applies it. If only one developer applies TDD, the developer loses the regression tests benefit of having a unit test suite when making changes that might affect code written by a coworker who doesn’t have code coverage via unit tests.

Another example that was less obvious to me until now was how the role of a dedicated QA (Quality Assurance) team changes subtly when part of a team that does TDD. This wasn’t obvious to me because I’ve rarely been on a team with such talented, technical, and dedicated QA team members.

QA teams at Microsoft invest heavily in test automation from the UI level down to the code level. Typically, the QA team goes through an exploratory testing phase in which they try to break the app and suss out bugs. This is pretty common across the board.

The exploratory testing provides data for the QA team to use in determining what automation tests are necessary and provide the most bang for the buck. Engineering is all about balancing constraints so we can’t write every possible automated test. We want to prioritize them. So if exploratory testing reveals a bug, that will be a high priority area for test automation to help prevent regressions.

However, this appears to have some overlap with TDD. Normally, when someone reports a bug to me, the test driven developer, I will write a unit test (or tests) that should pass but fails because of that bug. I then fix the bug and ensure my test (or tests) now pass because the bug is fixed. This prevents regressions.

In order to reduce duplication of efforts, we’re looking at ways of reducing this overlap and adjusting the QA role slightly in light of TDD to maximize the effectiveness of QA working in tandem with TDD.

In talking with our QA team, here’s what we came up with that seems to be a good guideline for QA in a TDD environment:

Again, it is a mistake to assume that TDD should be done in a vacuum or that it negates the need for QA. TDD is only one small part of the testing story and if you don’t have testers, shame on you ;) . One anecdote a QA tester shared with me was a case where the developer had nice test coverage of exception cases. In these cases, the code threw a nice informative exception. Unfortunately a component higher up the stack swallowed the exception, resulting in a very unintuitive error message for the end user. This might rightly be considered an integration test, but the point is that relying soley on the unit tests caused an error to go unnoticed.

TDD creates a very integrated and cooperative relationship between developers and QA staff. It puts the two on the same team, rather than simply focusing on the adversarial relationship.