Eilon Lipton, the lead developer on the ASP.NET MVC project shares some of his thoughts on the design philosophy guiding the shaping of the framework.

There have been many post describing what the framework is and how to perform tasks, which are really useful. I think a more reflective post like this is a breath of fresh air and a nice insight into how the team is making decisions. 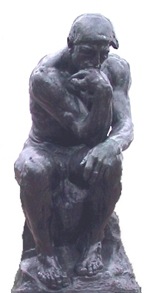 Eilon also covers some of the lessons we’ve already learned in building the CTP, and some of the changes we have planned for the next CTP.

At the end he lists some interesting facts. Here are my two favorites:

It has been a real joy to work with this team. For example, I’ve never worked with such experienced and smart QA people before. I always read that the QA team should be involved in design meetings, but Microsoft is the first place I worked where we actually did that in a real manner.

Obviously the developers are top notch as you can see from Eilon’s blog in general. Hopefully the PM of this team can keep up. ;)