UPDATE: Much of this post is out-of-date with the latest versions of MVC. We long sinced removed the ControllerAction attribute.

Note: If you hate reading and just want the code, it is at the bottom.

Eons ago, I was a youngster living in Spain watching my Saturday morning cartoons when my dad walked in bearing freshly made taquitos and a small cup of green stuff. The taquitos looked delicious, but I was appalled at the green stuff.

Was this some kind of joke? My dad wanted me to simply just taste it but I refused because I absolutely knew it would suck just by looking at it. The green stuff, of course, was guacamole, which I love by the truckload now. 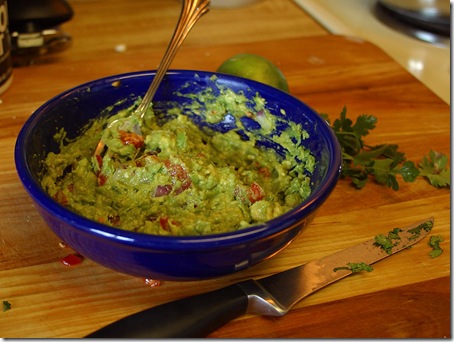 With all the code samples and blog posts published about the ASP.NET MVC Framework, there’s been some debate about the big picture stuff.

Interestingly enough, the most passionate debate I’ve seen is not around these big picture questions, but is centered around very specific detailed design decisions. After all, we are software developers, and if there’s one thing software developers love to do, it’s debate the design and architecture of code.

I’m no exception to this rule and admit I rather enjoy it, sometimes to the point of absurdity and pointlessness. At the end of the day, however, the framework developer has to make a decision and move forward so he or she can go home. These choices will never make everyone happy because there is no such thing as a perfect design that satisfies everyone.

That doesn’t mean we give up trying though!

Hopefully the quality of feedback the framework designer receives pushes that designer to reevaluate assumptions and either reinforces the decision, or provides insight for an even better decision.

One design decision in particular that seems to have drawn somewhat disproportionate amount of attention is the decision to require a [ControllerAction] attribute on public methods within a controller class that are meant to be a web visible action. There’s been much discussion in various mailing lists and in some blog posts before the CTP has been released.

This post is not going to rehash these concerns nor address these concerns. If I think it would help, perhaps I will have a follow-up post in which I explain some of the reasoning behind this decision. This would give those who feel all that strongly about this a chance to make a well-reasoned point by point refutation should they wish.

At the same time, I do understand this issue is about more than a single attribute. It’s about applying a design philosophy centered around convention over configurationand where it works well and where it doesn’t.

Like guacamole, I hope that critics of this particular issue don’t judge it by sight alone and give it a real honest try. See if it makes as big a difference as you think. Maybe it does. Maybe it doesn’t. At least you’ve tasted it. Feedback based on trying it out for a while is more valuable and potent than feedback based on just on seeing sample code.

However, if you still hate it, I have a little workaround for you :). I’ve written a custom controller base class that allows for a more “convention over configuration” approach to building your controllers named ConventionController.

By inheriting from this controller instead of the vanilla Controller class, you no longer need to add the [ControllerAction] attribute to every public method. You also don’t need to call RenderView if you name your view the same name as the action. Of course this means you cannot use strongly typed views and must use the ViewData property bag to pass data to the view.

Using my class you could write it like this

The key point in posting this code is to demonstrate how easy it is to override the behavior we bake in with something more to your liking. When you look at the code, you will see it wasn’t rocket science to do what I did. Extending the framework is quite easy.

We may not provide the exact out of box experience that you want, but we do try and give you the tools to control your own destiny with this framework and provide you with the power of choice.

I will look into adding this to the MVC Contrib project started by some community members. In the meanwhile, if you like this approach or style of building controllers, you can either add the ConventionController.cs class to your own project or compile it into a separate assembly and drop it into your own projects.

To get to this class, download the example code.