Despite an international team of committers to Subtext and the fact that MySpace China uses a customized version of Subtext for its blog, I am ashamed to say that Subtext’s support for internationalization has been quite weak. 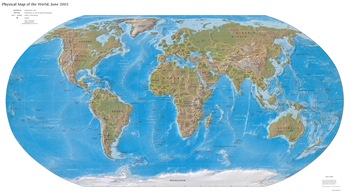 True, I did once write that The Only Universal Language in Software is English, but I didn’t mean that English is the only language that matters, especially on the web.

One area that we need to improve is in dealing with international URLs. For example, if I’m a user in Korea, I should be able to write a post with a Korean domain and a Korean title and thus have a friendly URL like so:

(As an aside, roughly speaking, 하쿹 would be pronounced hah-kut. About as close as I can get to haacked which is pronounced like hackt.)

If you’re a kind soul, you will forgive us for punting on this issue for so long. After all, RFC 2396, which defines the syntax for Uniform Resource Identifiers (URI) only allows for a subset of ASCII (about 60 characters).

But then again, I’ve been hiding behind this RFC as an excuse for a while fully knowing there are workarounds. I have just been too busy to fix this.

There are two issues here actually, the hostname (aka domain name) which is quite restrictive and cannot be URL encoded, AFAIK, and the rest of the URL which can be encoded.

The domain name issue is resolved by the diminutively named Punycode (described in RFC 3492). Punycode is a protocol for converting Unicode strings into the more limited set of ASCII characters for network host names.

Fortunately, this issue is pretty easy to fix. Since the browser is responsible for converting the Unicode domain name in the URL to Punycode, all we need to do in Subtext is allow users to setup a hostname that contains Unicode and we can then convert that to Punycode using something like the Punycode / IDN library for .NET 2.0. For this blog post, I used the web based phlyLabs IDNA Converter for converting Unicode to Punycode.

The second issue is rest of the URL. When you enter a title of a URL in Subtext, we convert that to a human and URL friendly ASCII “slug”. For example, if you enter the title “I like lamp” for a blog post, Subtext creates the friendly URL ending with “i_like_lamp.aspx”.

We haven’t totally ignored international URLs. For international western languages, we have code that effectively replaces accented characters with a close ASCII equivalent. A couple of examples (there are more in our unit tests) are:

Unfortunately for my Korean brethren, something like 안녕하십니까 becomes (empty string). Well that totally sucks!

The thing is, the simple solution in this case is to just allow the Unicode Korean word as the slug. Browsers will apply the correct URL encoding to the URL. Thus https://haacked.com/안녕하십니까/ would become a request for https://haacked.com/%EC%95%88%EB%85%95%ED%95%98%EC%8B%AD%EB%8B%88%EA%B9%8C/and everything works just fine as far as I can tell. Please note that Firefox 2.0 actually replaces the Unicode string in the address bar with the encoded string while IE7 displays the Unicode as-is, but makes the request using the encoded URL (as confirmed by Fiddler).

For western languages in which we can do a decent enough conversion to ASCII, the benefit there is the URL remains somewhat readable and “friendlier” than a long URL encoded string. But for non-western scripts, we have no choice but to deal with these ugly URL encoded strings (at least in Firefox).

The interesting thing is, when researching how sites in China handle internationalized URLs, I discovered that in the same way we did, they simply punt on the issue. For example, http://baidu.com/, the most popular search engine in China last I checked, has English URLs.