For those starting out at Microsoft, an analogy that you’re likely to hear a lot is “Drinking from the firehose”. The first time I’ve ever heard this phrase was when Dare used it in a post about the flood of information due to subscribing to multiple RSS feeds. 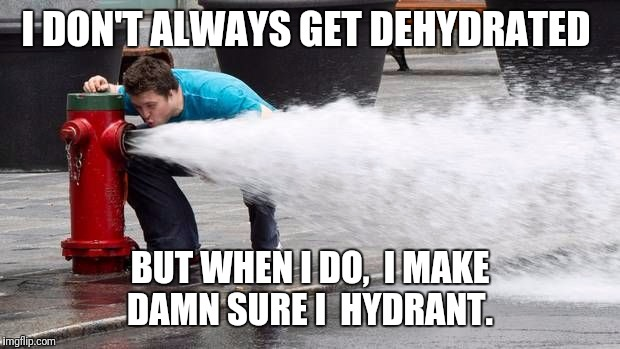 It’s entirely apropos (just love that word ever since The Matrix) as a description of starting as a new employee at Microsoft. My buddy Walter said his brother had the same feeling when starting at CalTech. That resonates with me, because unlike my college, with its emphasis on the liberal arts, Microsoft very much feels like an engineering college.

For example, everyone around me is technically adept and incredibly smart. It’s funny to hear myself say that. Over the past few years, I’ve read many blog posts from people I highly respect, real brainiacs in the industry, talk about their transition to Microsoft and they would often say something similar. Something along the lines of…

“Everyone here is super smart” Note, they like to use “super” as a prefacing adjective a lot around here. Especially the phrases “Super Smart” or “Super Excited”

“I feel humbled by the smart people around me.”

I used to read these statements and think to myself, Bullshit! You’re freakin’ Don Box! Or Chris Sells! Or Scott Hanselman! Or John Lam! (I could go on…) I know you’re just saying that to be nice. I mean, how could you really say otherwise since you have to work with them?

Sure I bet these people are smart, and many of them might even be scary smart, but you know you’re a big dog over there. Admit it. Go ahead, admit it.

Ahhhh yes, the ignorant arrogance of an outsider. Now here I find myself saying the same things these guys have said, though admittedly, the bar is lower in my case than the aforementioned highly respected gentlemen.

I’m sure there must be some stupid people around here somewhere. They’re just not in my group as far as I can tell.

Investing for the long run

I had a great meeting with my manager on my third day of work. Rather than focusing on technology, tasks, and features, we spent a couple hours talking about passion, personal mission, goals, long term outlook, etc… And not the typical bullcrap I can regurgitate in an interview (whoops!). I was forced to really think deeply about these issues, about what I really want out of a career, which is quite frankly something I haven’t done in a long time. I’ve been too busy doing and not spending any time pondering. It is really important to have a balance of both.

In part, I think this is a reflection of a company that can afford to invest in the long run and be strategic, rather than always investing in the short term and feeling like a chicken with its head cut off. It is a refreshing change of pace.

But don’t confuse that with a slow pace, it was intensely busy over here last week. Right off the bat I was put to work on preparing materials for a private Software Design Review (SDR) we had with select customers and partners, which kept me busy over the weekend. The great part of course is that I’m pretty much in control over my own schedule for the most part, as long as I’m producing results.

It may seem like I have completely drunk the kool-aid, but I like to think that I held it in my cheek waiting for a moment when nobody was looking to spit it out. Besides, the kool-aid would be extremely diluted from the fire hose.

The phrase “drinking the kool-aid” implies a cult or herd mentality, which is something I hope to avoid. In fact, it makes me a more valuable employee if I can keep some of my naive outsider thinking intact, though perhaps over time, I will be super assimilated (doh!).

I think my enthusiasm for my work has a lot to do with the particular group I am in and the particular project I am on. I know there are some people very dissatisfied at Microsoft, so it’s not all roses and ice cream.

I have also heard second-hand comments that show that some people here still have misconceptions about Open Source. Not a willful antagonism, just a misunderstanding, which is easily remedied via education.

This post has gone on long enough. If people are interested, I’d be happy to write more about my experiences and impressions of Microsoft as things progress.

The main thing I want to say is that I still plan to work on Subtext, though my involvement will be scant in the near term. I also still plan to continue blogging and not drop off the face of the blogodome as some have feared.