Last night I nearly lost a dear friend of mine. Now this is the sort of story most men, myself included, would understandably want keep to themselves. Although this deviates from my normal content, I feel a duty to tell all in this age of transparency because while I was in the middle of the ordeal, I turned to Google for help and didn’t find the information I needed. I write this in the hopes it helps some unfortunate guy in the future. 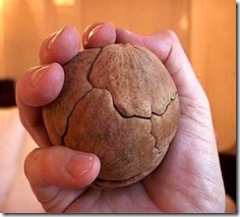 The story begins late last night around 1:15 AM as I turned in to bed for the night. Tossing and turning, I started to feel a pain in my lower abdomen and right testicle. I could feel that my right testicle was swollen and a bit harder than one would expect. It felt like an impossibly bad case of blue balls. The worst case imaginable.

Since I hate dealing with hospitals and such, I tried to sleep it off telling myself it would be fine in the morning, as if somehow the Nut-helper Fairy would come in the middle of the night and make it all better.

Suffice it to say, when your genital region is in pain, it’s pretty damn difficult to get a good night’s sleep. You shouldn’t screw around (forgive the pun) when you have a pain in that region. So I got up, Googled it, found nothing but scary stories about testicular cancer and painful hernias, and decided then I should go see a doctor. I told my wife I had to go and I proceeded to walk over to the neighborhood Emergency Room at 2:30 AM.

During triage I explained that the pain was around a 7 on a scale of 1 to 10, it was a dull intense pain, not sharp, and it was constant, not coming in waves, centered around my testicle and my lower abdomen area.

After I was moved to a gurney, the doctor began black box testing on me. It’s not unlike debugging a bug in code for which you don’t have any means to step through a debugger. He’d prod around narrowing down the possible diagnoses. However, unlike debugging code, this process was excruciatingly painful.

After manhandling my right nut for a while, the doctor diagnosed me with Testicular Torsion. Wikipedia defines it thusly…

I define it as ow! ow! that fucking hurts!

So the doctor leaves to order an ultrasound and returns not long after to “try one more thing.” He then proceeds to grab the nut and twist it around, asking me to let him know when the pain subsides.

Exactly how I wanted to spend my Monday morning.

Amazingly enough though, the pain subsided quickly after he stopped. I didn’t realize at the time that he was twisting it back. I thought he was just being sadistic.

Probably the first time that someone twisting your testicle made you feel better, eh?

No, twisting my testicle normally elicits feelings of euphoria and joy. Of course it’s the first time! And by Zeus’s eye I hope it’s the last.

Afterwards I was pushed on a gurney into the ultrasound room by a big burly Russian dude who proceeded to ultrasound my testicular nether regions. At this point, there’s really no point in having any shame or bashfulness. I just tried to make small talk as he showed me the screen displaying blood flowing nicely.

As I was being discharged, the doctor told me it was a good thing I went in. Left untreated for around six hours, I could have lost the testicle. I later looked it up and this is what Wikipedia has to say on the subject (emphasis mine).

Testicular torsion is a medical emergency that needs immediate treatment. If treated within 6 hours, there is nearly a 100% chance of saving the testicle. Within 12 hours this rate decreases to 70%, within 24 hours is 20%, and after 24 hours the rate approaches 0. (eMedicineHealth) Once the testicle is dead it must be removed to prevent gangrenous infection.

Yeah, I’m going to be having nightmares too. In any case, it seems that all is well. I still have a slight bit of discomfort not unlike the feeling in your gut long after someone kicks you in the groin and I’ve been walking around a bit gingerly, worried any sudden movement might cause a relapse.

The moral of this story is when you have an intense pain in the balls, don’t be a tough guy about it. Go to the emergency room and be safe about it. No use trying to be stoic and losing a nut over it.

My next step now is to make an appointment with a Urologist so I can have yet another doctor see me in all my glory and make sure it’s all good.

To the doctor at the local neighborhood Emergency Room, I owe you a big one. Because of him, the next time someone asks me, “Hey! How’s it hanging” I can answer, “Pointed in the right direction.”