Testing code written for the web is challenging. Especially code that makes use of the ASP.NET intrinsic objects such as the HttpRequest object. My goal is to make testing such code easier. 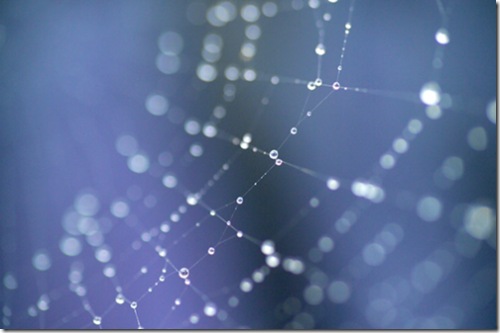 A while ago, I wrote some code to simulate the HttpContext in order to make writing such unit tests easier. My goal wasn’t to replace web testing frameworks such as Selenium, Watin, or AspUnit. Instead, I’m a fan of the Pareto principle and I hoped to help people easily reach the 80 of the 80/20 rule before reaching out to one of these tools to cover the last mile.

I’ve spent some time since then refactoring the code and improving the API. I also implemented some features that were lacking such as being able to call MapPath and setting and getting Session and Application variables.

To that end, I introduce the HttpSimulator class. To best demonstrate how to use it, I will present some unit test code.

The following code simulates a simple GET request for the web root with the physical location c:\inetpub. The actual path passed into the simulator doesn’t matter. It’s all simulated. This tests that you can set a session variable and then retrieve it.

The SimulateRequest method is always called last once you’ve set your form or query string variables and whatnot. For read and write values such as session, you can set them after the call. If you download the code, you can see other usage examples in the unit tests.

One area I’ve had a lot of success with this class is in unit testing custom HttpHandlers. I’ve also use it to test custom control rendering code and helper methods for ASP.NET.

This code can be found in the Subtext.TestLibrary project in our Subversion repository. This project contains code I’ve found useful within my unit tests such as a test SMTP server and a test Web Server using WebServer.WebDev.

To make it easy for you to start using the HttpSimulator, I’ve packaged the relevant files in a zip file including the unit tests.

I must make one confession. I originally tried to do all this by using the public APIs. Unfortunately, so many classes are internal or sealed that I had to get my hands dirty and resort to using reflection. Doing so freed me up to finally get certain features working that I could not before.

And now, for some preemptive answers to expected criticism.

​2. This isn’t “unit testing”, this is “integration testing”.

​3. You’re not taking our criticisms seriously!

Au contraire! I take such criticisms very seriously. Even if you write a bunch of code to abstract away the web from your code throwing all sorts of injections and inversions at it, you still have to test your abstraction. HttpSimulator to the rescue!

Likewise, whether this is unit testing or integration testing is splitting semantic hairs. Before TDD came along, unit testing meant testing a unit of code. It usually meant walking through the code line by line and executing a single function. If you want to call these integration tests, fine. HttpSimulator to the rescue!

Not to mention that in the real world, you sometimes don’t get to write code from scratch using sound TDD principles. A lot of time you inherit legacy code and the best you can do is try to write tests after-the-fact as you go before you refactor the code. Again, HttpSimulator to the rescue!

Here is the link todownload the source files in case you missed it the first time.