What would you do if you found out that a project you were working on was going to be used in an unethical or illegal manner?

This is the sort of question that K. Scott Allen asks via a hypothetical scenario he proposes. At least I hope it’s hypothetical. Scott, is there something you want to confess? ;)

While his situation is hypothetical, I think enough time has passed for me to tell you about a real situation I had the pleasure of dealing with atVelocIT. Some of the minor details have been changed to protect the guilty.

This story starts a couple of years ago in the primordial days of VelocIT. Like many bright-eyed start-ups, spirits were high, but cash flow was low. We were hurting for more clients.

So it seemed providence smiled on us when I received an email from a former coworker who was employed by a gaming company in Las Vegas. 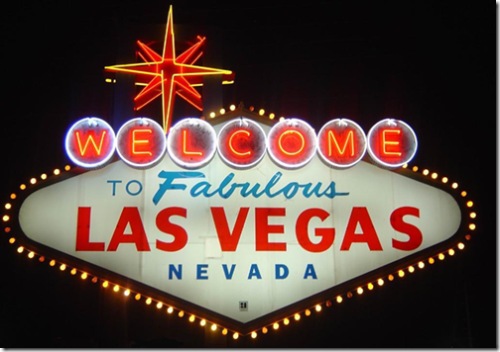 Because of my background in online and mobile gaming, he was interested in hiring me, via VelocIT, to help build out the back-end server infrastructure for their upcoming multi-player mobile gaming platform.

His company flies Micah Dylan (our CEO) and me out to Las Vegas where we have some meetings to go over requirements during the day. In the evening, we head out for a few (ok many) drinks and dancing at a club. He eyes a woman he goes gaga for, but won’t approach because she’s “out of my league”.

I tell him that “league” is a frame of mind and nobody is out of his league unless he believes they are. I proceed to play wingman and approach her, strike up a conversation, then conveniently introduce her to “my friend” who happened to have conveniently just returned with our drinks.

At this point, I’m feeling pretty good about my sales skills and feel I did a pretty bang up job in sealing the deal. We talk a week later and this guy is dating the girl from the bar! Sure enough, he wants to work with us, but there’s this small eensy weensy tiny little problem. His budget is a fraction of our estimate.

But he has a solution!

He wants to pay us $20,000 US to have a group of Eastern Europeans do the work. To clarify I call him back and ask,

So you want to pay us to manage the offshore team? We can do that.

He clarifies. He’ll pay us $40K and we’ll turn around and hire some Eastern Europeans through him for $20K.

Oh, I pocket it for being an intermediary.

Micah and I start brainstorming scenarios in which this could possibly be legal. We debate and debate looking for ways that this situation might be kosher. Surely there must be some way to arrange this so it is legal. Perhaps we are misunderstanding him. Nothing legitimate comes to mind. We’re in real need of a client so we have a lot of motivation to see this in some sort of positive light.

Being too close to the situation, I call my friend (and our company lawyer) Walter to provide an objective outside opinion. After I explain the situation, he points out this is a classic example of a kickback and is in no way legal nor ethical. Not even close. No amount of convoluted reasoning will take the stink of this crap. We would be helping him to steal from his own company.

While we could really use the business, Micah and I conclude that we don’t want to start our company off on the wrong foot with an illegal or unethical dealing. In fact, even if it was legal, we wanted to run our company with a higher standard than just legal. Our business is a reflection of our values and we want it to be held to the highest of ethical standards. Sure, we struggled this time. But we’d never need to struggle again by following one simple ethical rule:

If it doesn’t pass the smell test, we pass.

VelocIT has stayed true to that direction ever since. I think it is a great way to run a business.