Not too long ago I mentioned that a power surge bricked the Subtext Build Server. What followed was a comedy of errors on my part in trying to get this sucker back to life. Let my sleep deprived misadventures be a cautionary tale for you.

My first assumption was that the hard drive failed, so I ordered a new Hard Drive.

Lesson #1: If you think your hard drive has failed, it might not be a bad idea to actually test it if you can. Don’t just order a new one!

I have my main desktop machine I could have used to test the drive, but due to my sheer and immense laziness, I didn’t just pop the drive in there as a secondary drive to test it out. I just ordered the drive and moved on to other tasks.

Days later, the drive arrived and I popped it in and started to install Ubuntu on the machine. As I got to the disk partitioning part, I noticed that it found a disk and I went ahead and formatted the drive and installed Ubuntu. Sweet! But when I rebooted, the server not find the drive. Huh? 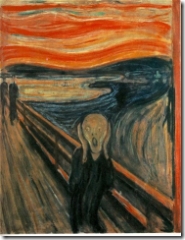 Lesson #2: When installing an Operating System on a machine, make sure to unplug any external USB or Firewire drives.

Yep, I formatted my external hard drive and installed Ubuntu on that. The Ubuntu installation process recognized my firewire drive and offered that as an available drive to partition and install. Ouch!

At this point, I realized that the machine was not detecting my brand new hard drive, though I could hear the hard drive spin up when I powered on the machine. I figure that quite possibly it’s a problem with the SATA cable. So I order a new one.

Lesson #3: In the spirit of lesson 1, why not just temporarily pull a SATA cable from your other machine, if you have it.

I thought the SATA cables were all inaccessible and would be a pain to pull, but didn’t bother to check. It was in fact easy to grab one. To my defense, I figured having extra SATA cables on hand wouldn’t be a bad idea anyways and they are cheap.

So I plugged the SATA cable that I know to be good into the box and still it won’t recognize the hard drive. At this point it seems pretty clear to me that the drive controller on the Motherboard is fried. Any suggestions on how to fix this are welcome, if it is even possible.

In any case, after a good night of sleep, I started doing the right thing. I plugged the old drive into my desktop and sure enough, I can copy all its files onto my main machine.

I installed VMWare server and the build server is now up and running on my main desktop for the time being. Woohoo!

As a side note, I tried to use this VMDK (VMWare) to VHD (Virtual PC) Converter (registration required) so I wouldn’t have to install VMWare Server on my machine, but it didn’t seem to work. Has anyone had good luck converting a VMWare hard disk into a Virtual PC hard disk?

Long story short, do not under any circumstances let me anywhere near your hardware. At least the build server is back up and working fine. It is officially time to subscribe to mozy.com. I’m exhausted. Good night.