According to FeedBurner, many of my readers are from London, so I thought you might enjoy this little tale.

Tonight, I met someone extremely famous, or so I was told. When I got home, I looked him up, and sure enough, he is huge in Europe. According to Wikipedia, “he has sold more albums in the UK than any other British solo artist in history”.

Have any of you heard of Robbie Williams? 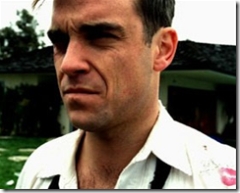 My wife knew who he was immediately. Must be the fact that she’s a British citizen (she has dual Japanese citizenship as well). She played one of his songs from an Alice 97.3 compilation we have. I rather liked it.

It turns out that he runs (owns?) a soccer team in Los Angeles. We had a friendly scrimmage set up with them at UCLA. I fully expected we’d be playing on the intramural fields where everyone else plays, but instead we played on the immaculate UCLA Football team’s practice field.

This seems to be a trend I’m noticing among British music stars. They move to Los Angeles and start up soccer teams to manage. They also seem to have the means to absorb some of the best talent in Los Angeles in doing so.

As I’ve written before, Steve Jones of the Sex Pistols runs a team in my league. I have heard that Rod Stewart has a team in Los Angeles as well. I suppose if the day comes when I can’t run on the pitch, and if I had that sort of money, I could see running a soccer club (sorry, Footbal Club) as a fantastic hobby. 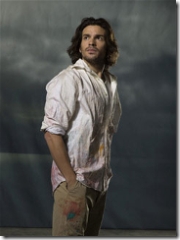 Not to be outdone, my team now has its own celebrity member. Santiago Cabrera from the TV show Heroes is now a member of our team.

Fortunately, he is a very talented soccer player, scoring a bycicle kick against us in our scrimmage tonight (he plays on the other team as well). Now if we could just get some former pros to join us to help solidify our midfield. Zidane, I’m looking at you buddy!