A recent confrontational thread within the Subtext forums that I shared with Rob Conery got us into a discussion about the challenges of dealing with difficult members of an Open Source community. There are many approaches one can take. Some advocate not engaging disruptive community members. I tend to give everyone the benefit of the doubt at first. Rob often commends me for my paticence in dealing with users in the forums. Neither approach is necessarily better than the other. It’s a matter of style.

If there’s one thing I’ve learned about running an Open Source project, it’s that it takes two key qualities.

First, you really need to have a thick skin. You cannot please everybody, and if you’re doing something even remotely interesting, you’re going to piss off some people with the choices you make. But you can’t stop making choices, so be prepared to piss people off. It’s a part of the job. Just be mentally prepared for the attacks, fair or not. 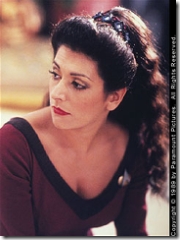 Second, you have to have empathy for your users and developers. Sometimes what feels like an attack is really a misunderstanding based on cultural differences. I know some cultures tend to have a very brusque in-your-face way of discussion. What might be considered rude in one culture, is considered a normal even keeled discussion in another.

At other times there may be an underlying reason for the venting which really has nothing to do with you or your project.

Sure, it’s not really fair to take the brunt of someone’s wrath because of what happens elsewhere, but I find that humor and attempting to focus the discussion to specific objective complaints often helps defuse an argumentative thread.

In this particular case, the user ends up apologizing and writes about the aggravating events at work that led to his frustrations and lashing out in our forums.

What about Toxic members? Sometimes there are members of the community who really are simply toxic trolls. They’re not interested in having any sort of real discussion. How do you deal with them? How do you tell them apart from someone who actually does care about your project, but is so ineloquent about expressing that?

I’ve been fortunate not to have experienced this with Subtext yet, but this excellent post How Open Source Projects Survive Poisonous People points out some great advice for identifying and dealing with poisonous people.

The post is a summary a video in which Ben Collins-Sussman and Brian Fitzpatrick, members of the Subversion team, discuss how to deal with poisonous people based on their experiences with Subversion.

Their points are specific to their experience running an Open Source project. But many of their points apply to any sort of community, not just Open Source.

Politeness, Respect, Trust, and Humility go along way to building a strong community. To that list I would also add Empathy.