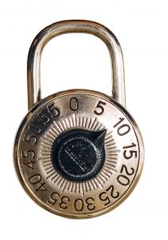 After reading Scott Hanselman’s post on Managed Snobism which covers the snobbery some have against managed languages because they don’t “perform” well, I had to post the following rant in his comments:

What is it that makes huge populations of developers think they’re working on a Ferrari when their app is really just a Pinto?

“I’m writing a web app that pulls data from a database and puts it on a web page. I never use ‘foreach’ because I heard it’s slower than explicitly iterating a for loop.”

In my time as a developer I’ve experienced too many instances of this Micro Optimization, also known as Premature Optimization.

Premature optimization tends to lead “clever” developers to shoot themselves in the foot (metaphorically speaking, of course). Let’s look at one common example I’ve run into from time to time—double check locking for singletons.

As a refresher, here is an example of the double check pattern.

The premise behind this approach is that all this extra ugly code will wring out better performance by lazy loading the singleton. If it is never accessed, it never needs to be instantiated. Of course this raises the question, Why define a Singleton if it’s quite likely it’ll never get used?

The Singleton property checks the static singleton member for null. If it is null, it attempts to acquire a lock before checking if its null again. Why the second null check? Well in the time our current thread took to acquire the lock, another thread could have snuck in and initialized the singleton.

Note that we use the volatile keyword for the _singletonInstance static member. Why? Long story made short, this has to do with how different memory models can reorder reads and writes. For the current CLR you can ignore the volatile keyword in this case. But if you run your code on Mono or some other future platform, you may need it, so no point in not leaving it there.

Criticisms or If this is fast, how much faster is triple check locking?

Jeffrey Richter in his book CLR via C# criticizes this approach (starting on page 639) as “not that interesting” (Yes, he can be scathing!)

A Better Approach? The No Look Pass of Singletons

So what’s the better approach? Use a static initializer in what I call the No Check No Locking Technique.

The CLR guarantees that the code in a static constructor (implicit or explicit) is only called once. You get all that thread safety for free! No need to write your own error prone locking code in this case and no need to dig through Memory Model implications. It just works, unlike your Pinto, sorry, “Ferrari”.

See, sometimes you can have your cake and eat it too. This code, which is simpler and easier to understand, happens to perform better and requires one less object instantiaton. How do you like them apples?

It turns out that this approach is also recommended for Java, as it was discovered that the double check locking approach wasn’t guaranteed to work.

Now that I’ve gone through all this trouble to show you the proper way to create a Singleton, I leave you with this thought. Should a well designed system use Singletons in the first place, or is it just a stupid idea? That’s a topic for another time.

Please note that double check locking doesn’t only apply to Singletons. It just happens to be the place where it is most often seen in the wild.