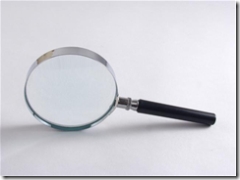 With all the advances in software development in the past few years, I would have to point to Google and Google Groups as the two tools that provide the biggest productivity enhancements for me as a software developer. This fact is probably nothing new to any of you.

Let’s face it, at the rate that new technology is being churned out these days, and given the huge size of many of these frameworks we use, it is impossible to learn everything up front. At some point, we have to stop RTFM’ing, put the documentation down, and start coding. And when we run into trouble, we thank our lucky stars that Google is there to save the day.

Wouldn’t it be great to have some of that search power integrated in your IDE? It turns out that Koders.com have done just that. They provide two free IDE plugins available, one for Eclipse and one for Visual Studio.NET, on their website in the downloads section.

When you go to the site, there’s a little animation demonstrating the plugin. Click the View Again button if you missed it.

Here’s a screenshot I took of SmartSearch^TM^ in action. After typing out the method name, a moment later, the result shows up.

The Smart Search feature is a bit Clippy like at times and sometimes exhibits a bit of lag, making it less useful than it could be. You may just want to turn it off and choose to use the plugin search box directly.

Though there is room for improvement, I think SmartSearch^TM^ is really a really interesting application of context based search and could be quite useful as a double check while writing code. Oh hey, there are already 100 implementations of this method. Let’s see how mine stacks up. Avert my eyes from the GPL licensed code!

Under the hood, these plugins make use of the Koders.com search engine. This engine directly indexes source control repositories and allows users to quickly search and browse through Open Source code. It’s includes a nice interface and provides all the information necessary (such as the license) so you can make an informed decision on whether to use it or not. You can also choose to filter by language and license.

Given my interest in Open Source software, I had heard of Koders.com but didn’t know about their plugins till today, when I had lunch with Darren Rush, the CEO of Koders.com. Little did I know until Darren contacted me via my blog, Koders.com is based in Los Angeles! Darren turned me on to the term Search Driven Development.

Finally! A Los Angeles based company doing something really interesting in the Open Source space that isn’t part of “The Industry”. Very Cool!

As an aside, during our conversation, we wondered why L.A. doesn’t have anywhere close to the tech industry that the Bay Area does. We seem to have all the elements here, but not the community. I seem to think it’s because this area is dominated by the film industry. He pointed out that geography due to the horrible traffic creates pockets of communities. Probably a bit of both.

In any case, lest you think I’m shilling (Yeah, he bought lunch, but I can’t be bought that cheaply!), the other player in this field that I’ve heard about (apart from the obvious 800lb gorilla) is Krugle.com. While their site has a nice color scheme and look and feel, I found Koders easier to use because of its similarity in layout to Google (did I mention Koders is L.A. based?).

I think sticking to the Google Search look (searchbox in the middle) is a smart move for any search site. As soon as I see such a site, I know what to do and where to type. Krugle has a beta plugin to Eclipse, but doesn’t seem to have anything for Visual Studio.NET yet.