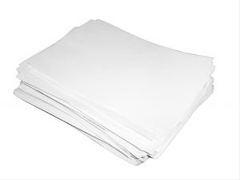 Less trivially, I’ve interviewed many candidates who can’t use recursion to solve a real problem.

As an aside, I would expect any developer who knew how to use a stack in this way would probably have no problem with recursion.

After all, what is a recursive method really doing under the hood but implicitely making use of the call stack?

I’ll demonstrate a method that removes recursion by explicitely using an instance of the Stack class, and I’ll do so using a common task that any ASP.NET developer might find familiar. I should point out that I’m not recommending that you should or shouldn’t do this with methods that use recursion. I’m merely pointing out that you can do this.

In ASP.NET, a Web Page is itself a control (i.e. the Page class inherits from Control), that contains other controls. And those controls can possibly contain yet other controls, thus creating a tree structure of controls.

So how do you find a control with a specific ID that could be nested at any level of the control hierarchy?

Well the recursive version is pretty straightforward and similar to other methods I’ve written before.

The recursion occures when we call FindControlRecursively within this method. Essentially what is happening (and this is a simplification) when we call that method is that our current execution point is pushed onto the call stack and the runtime starts executing the code for the internal method call. When that method finally returns, we pop our place from the stack and continue executing.

Rather than try to explain, let me just show you the non-recursive version of this method using a Stack.

One thing to keep in mind is that both of these implementations assume that we won’t run into a circular reference problem in which a child control contains an ancestor node.

For the System.Web.UI.Control class we safe in making this assumption. If you try and create a circular reference, a StackOverflowException is thrown. The following code demonstrates this point.

If the hierarchical structure you are using does allow circular references, you’ll have to keep track of which nodes you’ve already seen so that you don’t get caught in any infinitel loops.