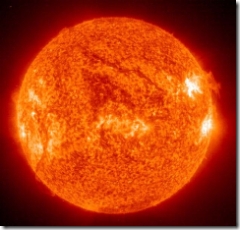 I remember when that sounded old to me. But with recent advances in health care and life expectancy, songs like Jay-Z’s new 30 Something (the chorus states “30 is the new 20”) remind me I’m still in my prime.

If only someone would tell my knees that.

My wife threw a nice party for me and some friends on Saturday. We had a huge Korean food spread. In true Korean style, it was way too much food, and I’ve been eating Korean food all week, not that I’m complaining or anything. We bought some marinated ribs (Kalbee) in KoreaTown and grilled it up proper on my friend’s grill.

Tonight will be low key. I’ll probably grab some sushi with the wife, and later hang out with Jeff Atwood who happens to be in town.

One of the new toys I received from my family is a Linksys CIT200 Skype phone. It’s not a wifi phone, but rather a cordless phone. It’ll allow me to roam around the house on those long Skype conference calls. So far, I think it’s pretty nice.