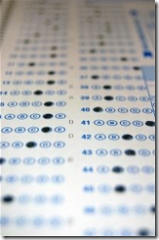 Last night a unit test saved my life (with apologies). Ok, maybe not my life, but the act of writing some unit tests did save me the embarrasment of an obscure bug which was sure to hit when I least expected it.  It is cases like this that made me into such a big fan of writing automated unit tests.

Not too long ago I wrote a C# Akismet API for Subtext. In writing the code, I followed design principles focused on making the API as testable as possible. For example, I applied Inversion of Control (IOC) by having the AkismetClient constructor take in an HttpClient instance as an argument. The HttpClient instance is responsible for making the actual HTTP request.

This allowed me to use Rhino Mocks to replace the HttpClient with a mock enabling me to build unit tests that ensured that the Akismet API was doing the right thing without having to make any actual web requests.

Of course this approach only delays the inevitable. I still want to have an automated test for the HttpClient class.

So last night, I took a step back and revisited this excellent post by Scott Hanselman in which he shows how to use Cassini in your unit tests. I decided to update his pioneering approach to use the latest incarnation of Cassini, WebServer.WebDev. I also decided to refactor what he did into a reusable TestWebServer class in order to make the barrier to entry in using it as low as possible.

WebServer.WebDev is the built in Web Server (formerly known as Cassini) used by Visual Studio.NET 2005. The main functionality of the server is located in WebDev.WebHost.dll. You can find this assembly in the GAC. On my machine, it is located in the following directory:

Note that the .NET framework installs an explorer extension for the GAC so you won’t see this directory using Windows Explorer. I navigated to the directory using the command prompt.

Setting up the test web server is a two step process once you’ve located the WebDev.WebHost assembly.

Note: To make this really reusable, you could drop this class into a separate Unit Test Helper assembly that you reference in your unit test projects. If you do go that route, be sure to heed the “//NOTE” I left for you in the ExtractResources method.

The following shows a couple of ways you can use this test web server in your own unit tests. If you have a single test in a fixture that needs to use the server, you can do something like this:

I added several helper methods to the TestWebServer class based on what Scott did.

RequestPage has two overloads. One which makes a simple GET request to the test web server, and the other which makes a POST request.

In the past, I have gone to great lengths to not using a web server to unit test my code, as that takes us more into the realm of Integration testing. A while ago I wrote a post on how to simulate the HttpContext for unit tests without using a web server. This approach has been improved upon in the Subtext unit test codebase and has served me well.

But even that approach can only go so far. As I pointed out in my post on a Testing Mail Server, it’s a good thing to abstract out these extensibility points using an interface or a provider. But at some point, you have to test the concrete implementation. I can’t keep delegating functionality endlessly to another abstraction. Somebody has to make a real HTTP request.

So consider this approach the method of last resort.

The test webserver class can be downloaded here from my company’s tools site.