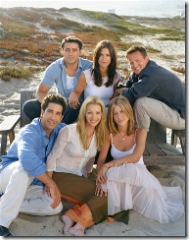 If you’ve read my blog you know I have a bit of a thing for Microformats.  I once wrote a little special effect script to highlight links to your friends when marked up using the XFN (XHTML Friends Network) Microformat used to denote relationships to people you link to.

Ever since I wrote and started using this script, I ran into a bit of interpersonal angst everytime I would link to someone.  Every link spurred the following internal dialog.

By now you probably think I have some serious issues (very true) and am being overly paranoid.  But check out Scott Hanselman’s response when I metadata’d him as an acquaintance. He called me a dick!  *sniff* *sniff* Ouch!  Well technically he used well formed markup (no namespace declared) to make that point, which softened the impact, but only slightly.

I have since realized that the standard XFN relationships are not granular enough to capture the nuances of real world relationships.  To save others from such social insecurity and XFN relationship angst, I humbly propose some new relationships I think should be added to the format.  For your reference, the current list is located here.  I will group by proposed additions in the appropriate existing categories.

homie
This helps distinguish someone who is just a friend to someone you actually hang out and throw down beers with. Possible alternative would be buddy. Often Symmetric. friend-with-benefits
As a very happily married man, I have no use for this, but maybe you do, tiger. Hopefully Symmetric. frend-4-evers
My market research indicates that Microformat usage is not very popular among the pre-teen Myspace crowd. This one is an attempt to reach that market. The format would have to allow alternate capitalizations and spellings for this one such as fReNd-4-eVA. Usually Symmetric or it gets really ugly.

fought
Currently the XFN profile only contains one value for the Physical category. I figured you need at least two to make it its own category (FxCop rule #37142). Let everyone know the two of you got into a fist fight over the merits of Ruby on Rails. Symmetric.

dumped
Let everyone know, that regardless of what that filthy *#@!! said, it was you who dumped him/her! Inverse of dumped-by.
Update: Ben Ward points out that dumped-by is not necessary. To indicate a reverse relationship, use rev="dumped" instead. This usage is popular among whiny songwriters and adolescents who love to live in that moment of pain. Inverse of dumped.

split-personality
Again, invoking FxCop rule #37142, The Identity category needs another value. This lets others know that you are linking to a website created by your other personality. Symmetric and Transitive.

I hope to submit this Tantek, Matthew, and Eric for their consideration. Unfortunately I have a few strikes against this proposal becoming accepted.

For example, there’s this point on the background page of the XFN site.

Negative relationship terms have been omitted from XFN by design. The authors think that such values would not serve a positive ends and thus made the deliberate decision to leave them out. Such terms (we won’t even bother naming them here) while mildly entertaining in a dark humor sort of way, only serve to propagate negativity.

There’s also this point on the same page.

We have chosen to omit any temporal component for the sake of simplicity.

So yes, it appears I have my work cut out for me as many of my proposed additions completely violate the spirit and guidelines of XFN.  But that is a minor quibble I’m sure we can resolve with your help. Thank you and good night.