I don’t write much about my personal life here because most days are pretty mundane and not unlike other days I’ve had. If I were to write about my day, most entries would look like the following…

Today I woke up, had some breakfast, said goodbye to the wife, read my blogs, wrote some code, walked the dog, said hello to the wife, ate dinner, spent time with the wife, worked some more, snuck in a bit of Oblivion, went to sleep.

What a travesty of a run-on sentence!

So, my dear readers, I have done you a service of sparing you the banality of my life.

However this weekend is a bit special as my wife’s family (mom, brother, and brother’s wife) are in town from Japan to observer the one year anniversary of her otosan (dad) passing away.

While last year was an understandably somber affair, this year has been very light and fun. We drove down to Chula Vista to visit the location in which he was found. Afterwards, we drove up to San Diego and had the best sushi around at Sushi Ota. Mr. Ota (or Ota-san as we call him) is a family friend and took very good care of us, making all sorts of creative interstitial treats between our orders.

Jon Galloway also stopped by the Residence Inn where we were staying so I could trash him in table tennis. I had to lighten up on my vicious serve a bit otherwise it just would’ve been ugly.

We also took a boat ride in Oceanside to the point at which we spread Otosan’s ashes. My brother-in-law took some great photos, such as the sea lions basking on a buoy. Everytime I ride the boat I start to wonder what it would be like to sell our place and live on a boat. But I realize they have the same parking congestion that we have. 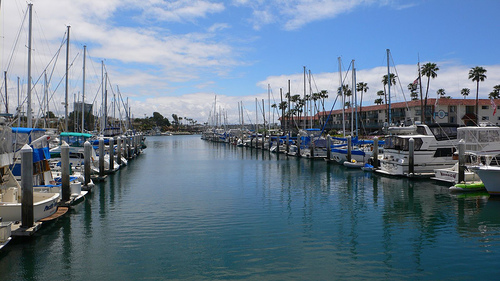 Today I am back in Los Angeles and back to work while they are out shopping. It is interesting to see their shopping choices. They were so excited to purchase some sets of tupperware at Ikea because it was the fraction of the cost of similar containers in Tokyo.