I once thought I was a bit of a blogging addict. To get settled into work I would read my blogs. I’d tune back in while eating my lunch. And if I went on vacation, I thought about the huge number of unread feeds. Heck, I even went and got involved in RSS Bandit and Subtext so that I could work on the means of delivering blogs. 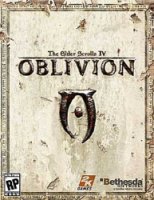 But now I realized that my blogging addiction is merely the mild craving for milk after a cookie. I have discovered what true addiction is, and its name is Oblivion.

Steve Yegge was right when he says…

…if you’re not playing Oblivion, then I highly, nay strongly recommend that you don’t start, or you’ll suddenly develop an aversion to Real Life…

This is quite simply the best computer game I have ever had the pleasure to play. I remember spending hours as a kid playing such classics as the Phantasie, Ultima III, Ultima IV, The Bard’s Tale and Dungeon Master. Dungeon Master at the time elevated the FRPG genre for me because it was the first that really incorporated first person realtime playing. But I remember drawing up plans for the ultimate game. Apparently Bethesda swiped those plans from my brain and decided to do even better.

So why is this game so damn addicting? It is a combination of a lot of things really. First, the skill based system really seems to mean something. I remember there was never a point in playing a thief in most role playing games because you would just get killed first. Most games were simply hack and slash fight your way out of every situation. 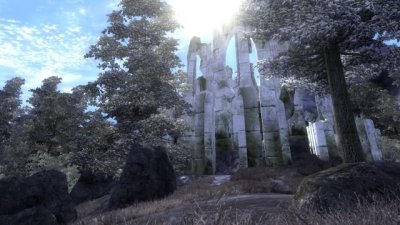 But with Oblivion, you have the opportunity to really put those sneaking and lockpicking skills to good use in daring missions where simply blasting your way through really isn’t a good option. I also like the fact that lock-picking isn’t simply rolling a die and comparing it to a skill (though you can resort to that option). You have the ability to actually try and pick that lock.

If there were no other characters in the game, it would be like Myst, but with the ability to fully explore your environment. The scenery in this game is jaw dropping.

But ultimately, I think the open-ended gameplay really kicks it up a notch. After a short stint as a gladiator (got my ass handed to me) my character is now working his way up the Thieves guild and trying to advance in the Mage’s guild. At the beginning of the game, some important Emporer got shanked and I am supposed to deliver his amulet somewhere, but I sort of got sidetracked.

Now I am travelling around, checking out the scenery, and getting way too little sleep. I suppose I should look into delivering this amulet, but first I have some pilfered goods to fence off and I want to help this half-orc reclaim his heritage.