Downtown Los Angeles experienced a huge march today to protest bill HR 4437 and support immigrant rights and immigration reforms. I had been waffling about attending since I really hate driving to downtown (bad traffic and parking), but realized that since both my mother and my wife are immigrants, I ought to come out and show some support. An IM from my friend Kyle telling me I won’t regret it also served to jolt me out of my complacency. 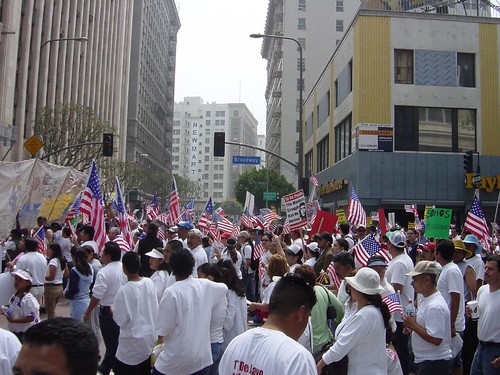 Besides, my wife works on the corner where the march starts so I could just park nearby, have lunch with her, and join in the march. So I hopped in my car, grabbed a white shirt for my wife (everyone was encouraged to wear white), and headed off to downtown. Traffic was actually better than I have ever seen it on the 10 East.

When I arrived, I was greeted with the sounds of helicopters hovering overhead and people cheering. I was then assaulted by the smell of street vendor cooking in the air which instantly made me hungry and ready to part with some money despite the boycott. I proceeded to walk right through the parade in order to get to Akumi’s office.

Once there, I ran up to the roof to take some photos. 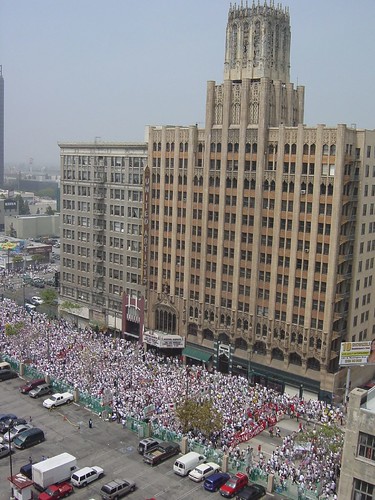 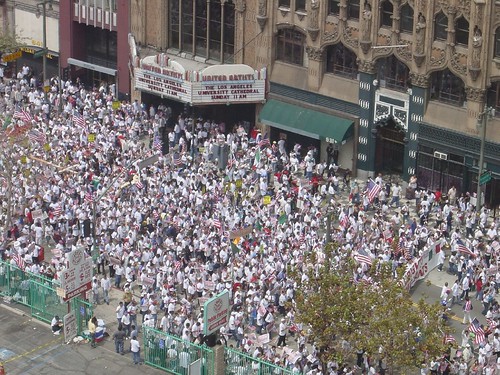 The photos from the roof do not even begin to give you a sense of how many people were there. Multiple city blocks were chock full of people chanting, singing, and dancing. The air was electric. 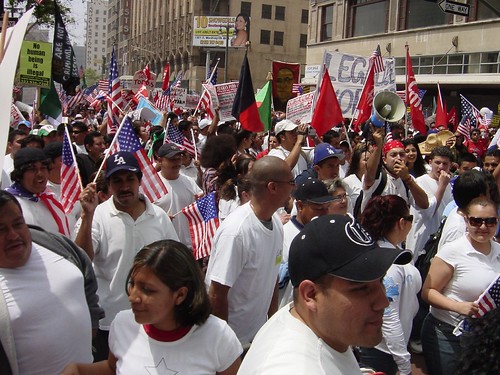 Even the little ones were into it. 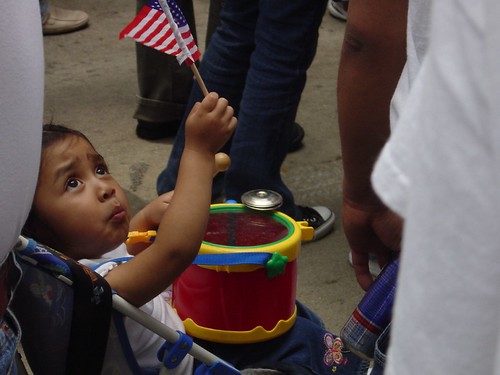 Though this one was tuckered out. 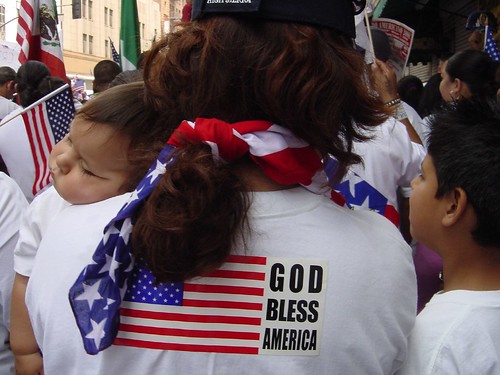 The crowd was primarily latino. I had hoped to see a more diverse crowd show up in support, but I did manage to find the one other white guy. 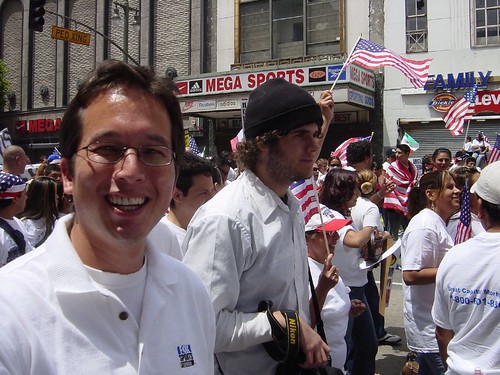 We took a shortcut to the end point of the march where everyone was gathering, but didn’t feel like braving the crowds much longer. 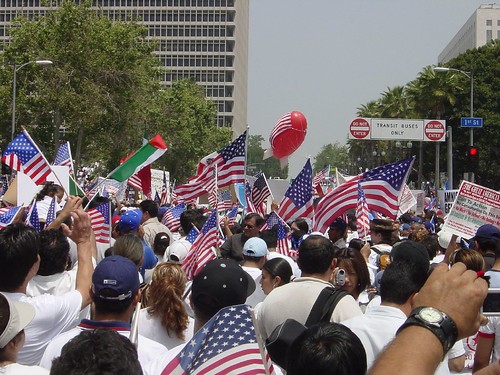 I stepped aside for a moment to get a better view for a picture and when I looked back, I could not see my wife. Since everyone was wearing white, it was easy for me to lose track of her. What was I going to do? Ask everyone if they’ve seen a woman wearing a white shirt, blue jeans, with black hair? That described half the entire crowd. It was a beautiful day out there.

UPDATE: I forgot to place a link to my photoset on Flickr. This contains more pictures that I took.